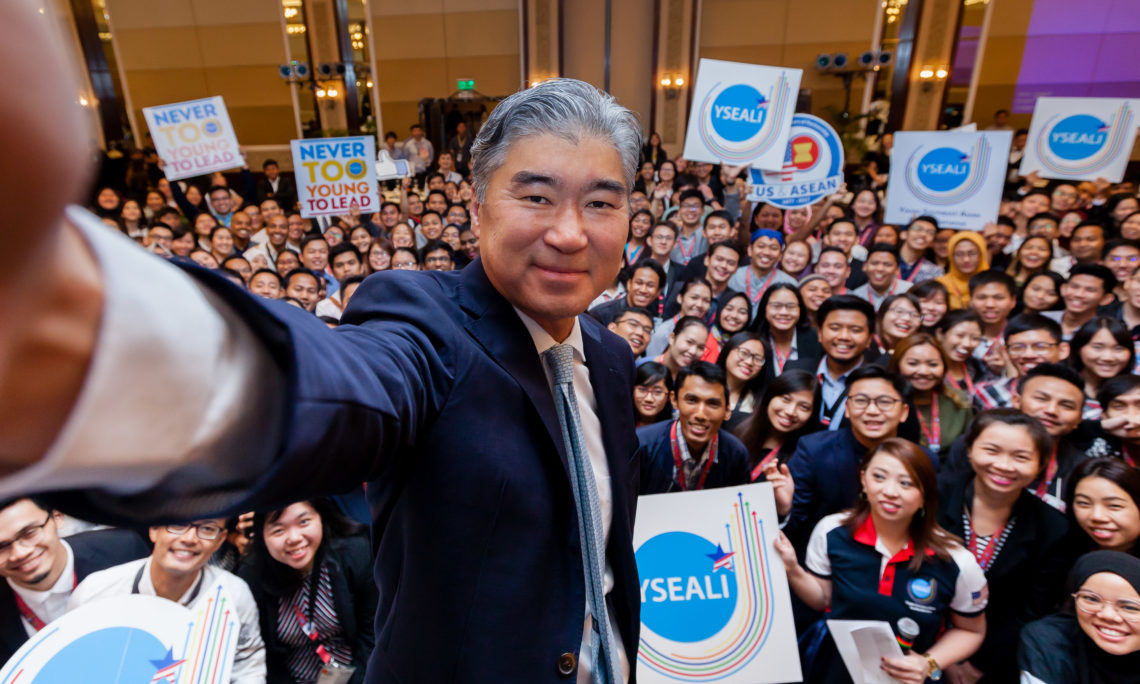 U.S. Ambassador to the Philippines Sung Kim welcomed delegates to Manila and encouraged them to be a force for positive change. He noted that “the 110,000 strong YSEALI network and the United States government are here to support you and your work as we build the future of ASEAN together.”

Throughout the Summit, delegates also marked ASEAN’s 50th anniversary and the 40th year of U.S.-ASEAN partnership (40/50 U.S.–ASEAN), and discussed the role of youth in strengthening U.S.–ASEAN relations in the next 40 years.  In his remarks, U.S. Mission to ASEAN Ambassador Daniel Shields described the deepening relationship between the United States and ASEAN, noting, “ASEAN is America’s 4th largest trading partner.  The United States invested over $274 billion in ASEAN by 2015 – more than in the Chinese, Indian, Japanese and South Korean economies combined.”

Susan Thornton, Acting Assistant Secretary of State for the U.S. Department of State’s Bureau of East Asian and Pacific Affairs, took questions from delegates via video conference.  Having seen YSEALI in action during the ASEAN Regional Forum, she noted that “it was encouraging to see a regional organization grappling with the critical issues of the day – North Korea, the South China Sea, terrorism, and cyber threats – and advancing our collective interests in peace and stability.”