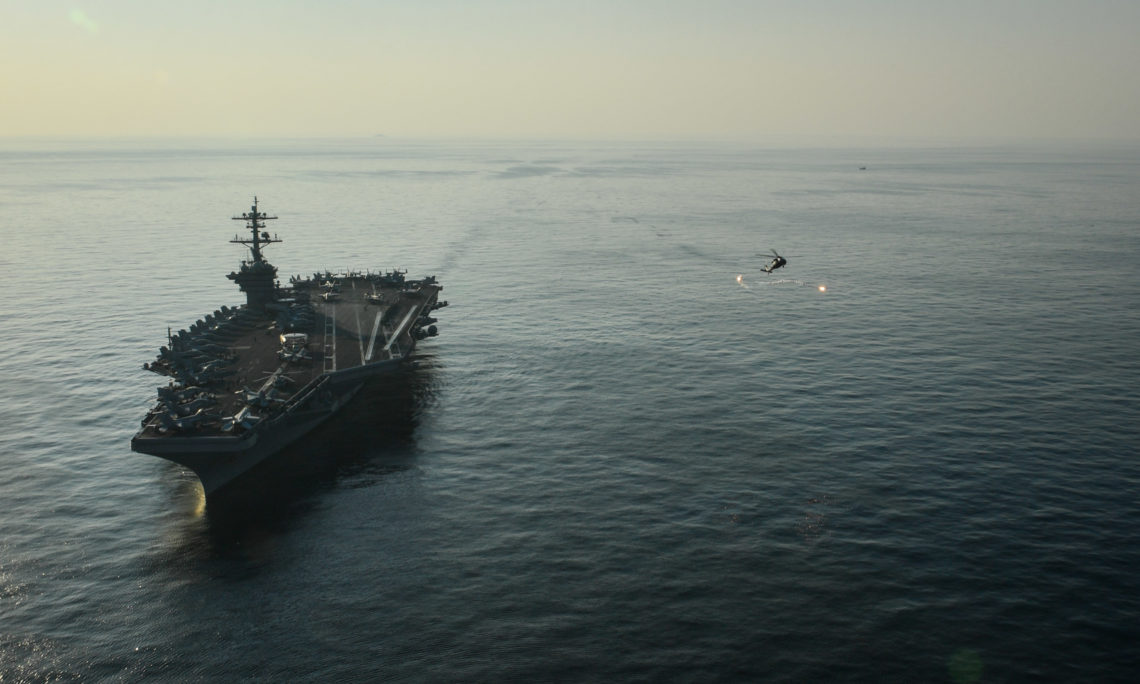 “We are excited to visit the Philippines and spend time in this part of the Indo-Pacific,” said Rear Adm. Steve Koehler, commander, Carrier Strike Group (CSG) 9. “The Philippines has long been a part of U.S. Navy history, and we look forward to continuing that valued relationship and partnership.”

During the port visit, Sailors and Marines will participate in cultural exchanges, community relations events, and Morale, Welfare and Recreation (MWR)-sponsored tours to enhance cultural understanding and cooperation between the two countries.

“Many Theodore Roosevelt Sailors and Marines have strong ties to the Philippines,” said Capt. Carlos Sardiello, Theodore Roosevelt’s commanding officer. “There are several Rough Riders who are from the Philippines or who have family in the country. We are excited for them to be able to share their culture with fellow shipmates and spend time with loved ones there.”

The Theodore Roosevelt Carrier Strike Group (TRCSG) will continue on their regularly scheduled Western Pacific deployment after departing Manila, conducting a variety of operations, including addressing shared maritime security concerns, building relationships with partner navies and enhancing interoperability and communication with partners and allies throughout the area of operations through exercises and ship visits.

Roosevelt left its homeport of San Diego, Calif., Oct. 6, for a regularly-scheduled deployment to the U.S. 7th and 5th Fleet areas of responsibility.