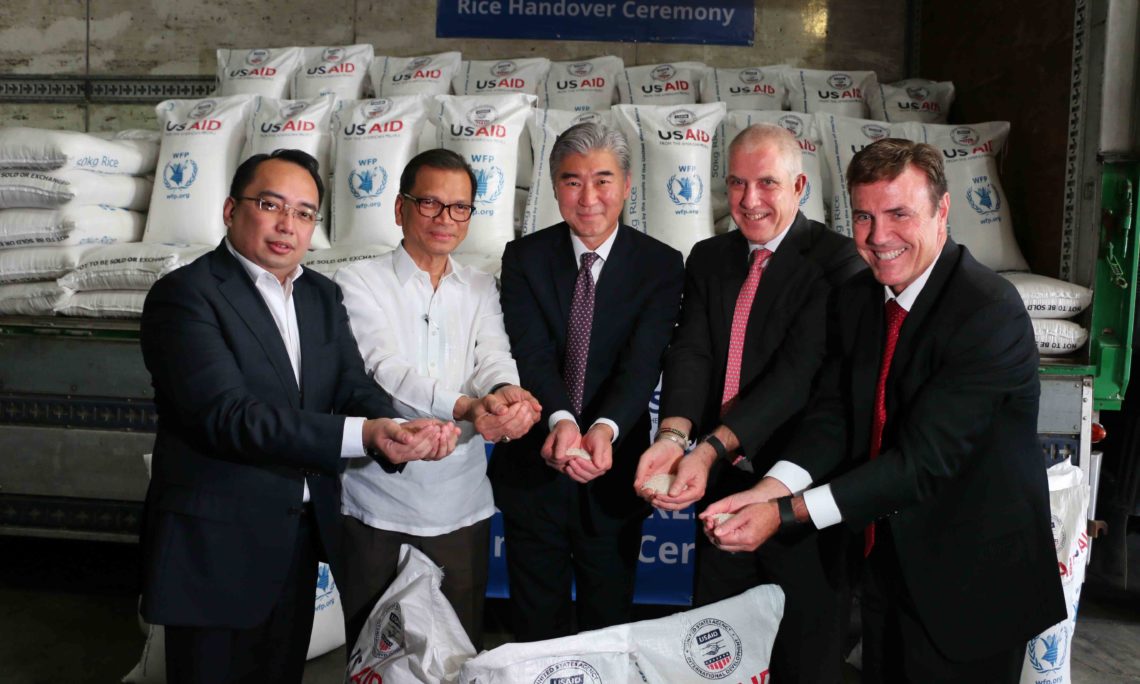 Manila, March 14, 2018 — The U.S. government, through the United States Agency for International Development (USAID), announced new assistance of Php100 million ($2 million) to boost food security in Marawi and surrounding areas.  USAID is partnering with the World Food Programme to provide 1.8 million kilograms of rice — enough to feed 45,000 people for four months — to families displaced by the conflict.

At the ceremonial handover of rice to Philippine government officials today, U.S. Ambassador Sung Kim said “The U.S. government continues to stand by the Filipino people as a friend, partner, and ally to support those affected by the Marawi conflict as they rebuild their lives.”

The assistance, which will help ensure an adequate food supply for families affected by the Marawi conflict, brings the total U.S. government contribution to the Marawi humanitarian response to nearly Php1.2 billion ($22.9 million).