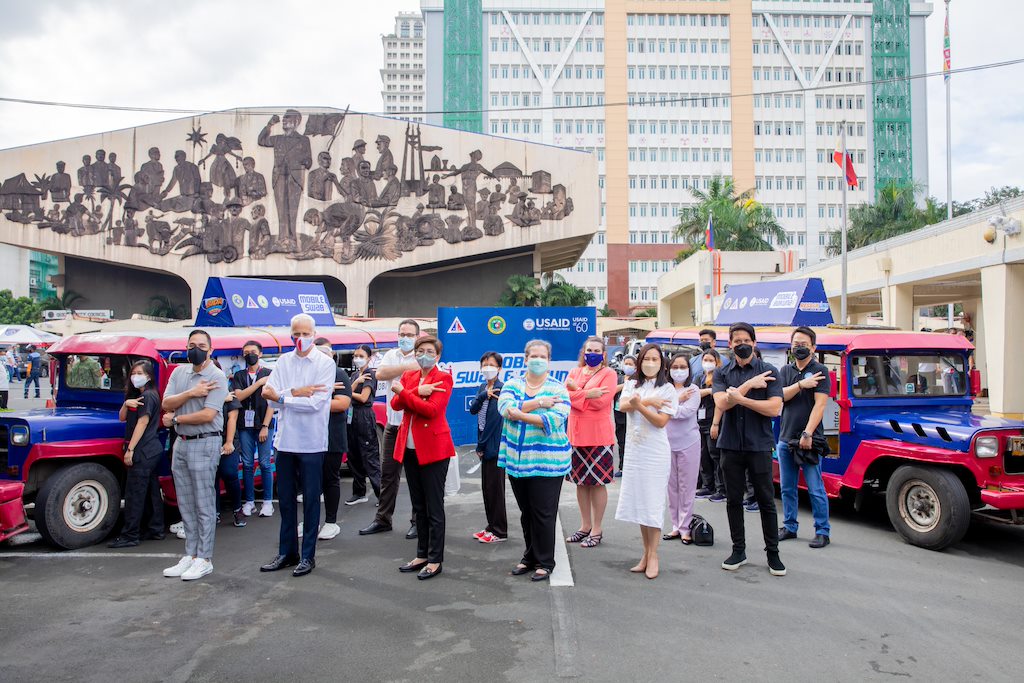 U.S. Embassy in the Philippines Chargé d’Affaires (CDA) ad interim Heather Variava also announced an additional Php565 million ($11.3 million) in USAID support to the Philippines through the American Rescue Plan Act (ARPA).  This additional funding will strengthen the capacity of local governments to respond to the pandemic and fast-track vaccination in high-risk areas.

“Months into the pandemic, the Quezon City government has worked tirelessly to get as many residents tested and hit our vaccination targets,” shared Mayor Belmonte.  “Through USAID’s support, Quezon City is more resilient and responsive in protecting the lives of many, including the marginalized sectors.”

The United States is also the largest donor to the COVAX facility—the global mechanism for pooled procurement and distribution of COVID-19 vaccines.  The U.S. has facilitated the donation of almost 28 million vaccines to the Philippines through COVAX, including just over 18.5 million doses made available by the American people.

This year, the United States and the Philippines are celebrating 75 years of diplomatic relations and 60 years of partnership for development through USAID.

“As we celebrate the important milestones of our fruitful partnership, we will continue to support the Philippines as enduring friends, partners, and allies in responding to the pandemic, getting the COVID-19 vaccines in people’s arms, and ensuring that no one is left behind as we build back better,” said CDA Variava.