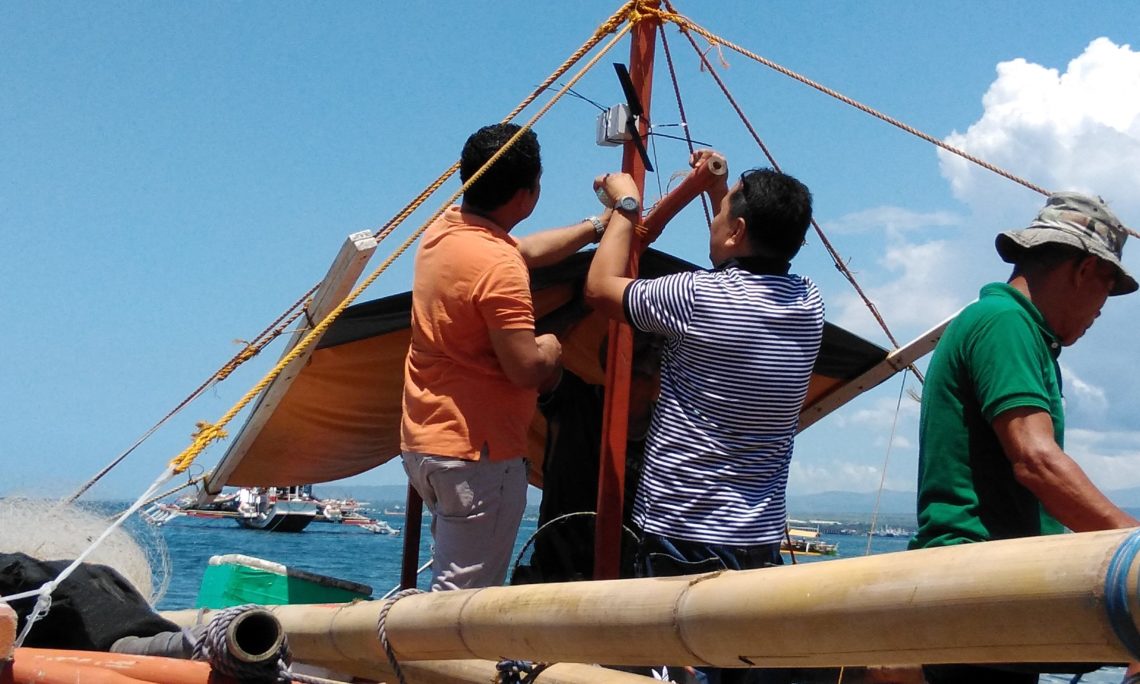 Together with FAME, USAID will begin installing transponders on the vessels of over two dozen small-scale fishers from the municipalities of Glan, Kiamba, and Maasim in Sarangani province.  This technology will enable fishers to trace and document their catch using a mobile application – measures that make them compliant with national and international market requirements for ensuring that consumers receive legal, eco-friendly, properly labeled seafood products.  Complying with these standards will allow the fishers to reach new markets and earn more money.

The project, which is managed out of USAID’s Regional Development Mission for Asia (RDMA) in Bangkok, Thailand, will also promote fishers’ safety by providing connectivity while at sea, allowing fishers to better communicate back to the shore and permitting fishers’ families to track their locations in real time.  This technology is out of reach for most vessels due to high costs and limited connectivity.

“We are pleased to partner with innovative, entrepreneurial, and homegrown companies like FAME that are meeting the needs of fisheries managers while also promoting prosperity and sustainability in the international seafood trade,” said Richard Goughnour, Director of USAID RDMA Bangkok.

FAME is a private, Philippine-based company and a leading provider of small-scale vessel trackers and monitors in the country.  FAME’s technology is designed to increase the safety of air and sea travel with technology that is compact, low-cost, and easily deployable.

“For many years, vessel tracking technology has had numerous benefits for governments and non-governmental organizations, with far fewer direct and tangible benefits for fishers themselves.  FAME has worked hard to incorporate features into our transponders that benefit the fishers who use them,” said Arcelio Fetizana, CEO of FAME.

USAID is implementing this project through its five-year, Php1.04 billion ($20 million) USAID Oceans project, which, in partnership with the Southeast Asian Fisheries Development Center, promotes sustainable fisheries, combats illegal, unreported, and unregulated fishing, and conserves marine biodiversity in the Asia-Pacific region.  This initiative in the Philippines is part of the project’s broader work to develop and test new technology that can benefit fishers throughout Southeast Asia, where marine ecosystems provide food and income to more than 200 million people.