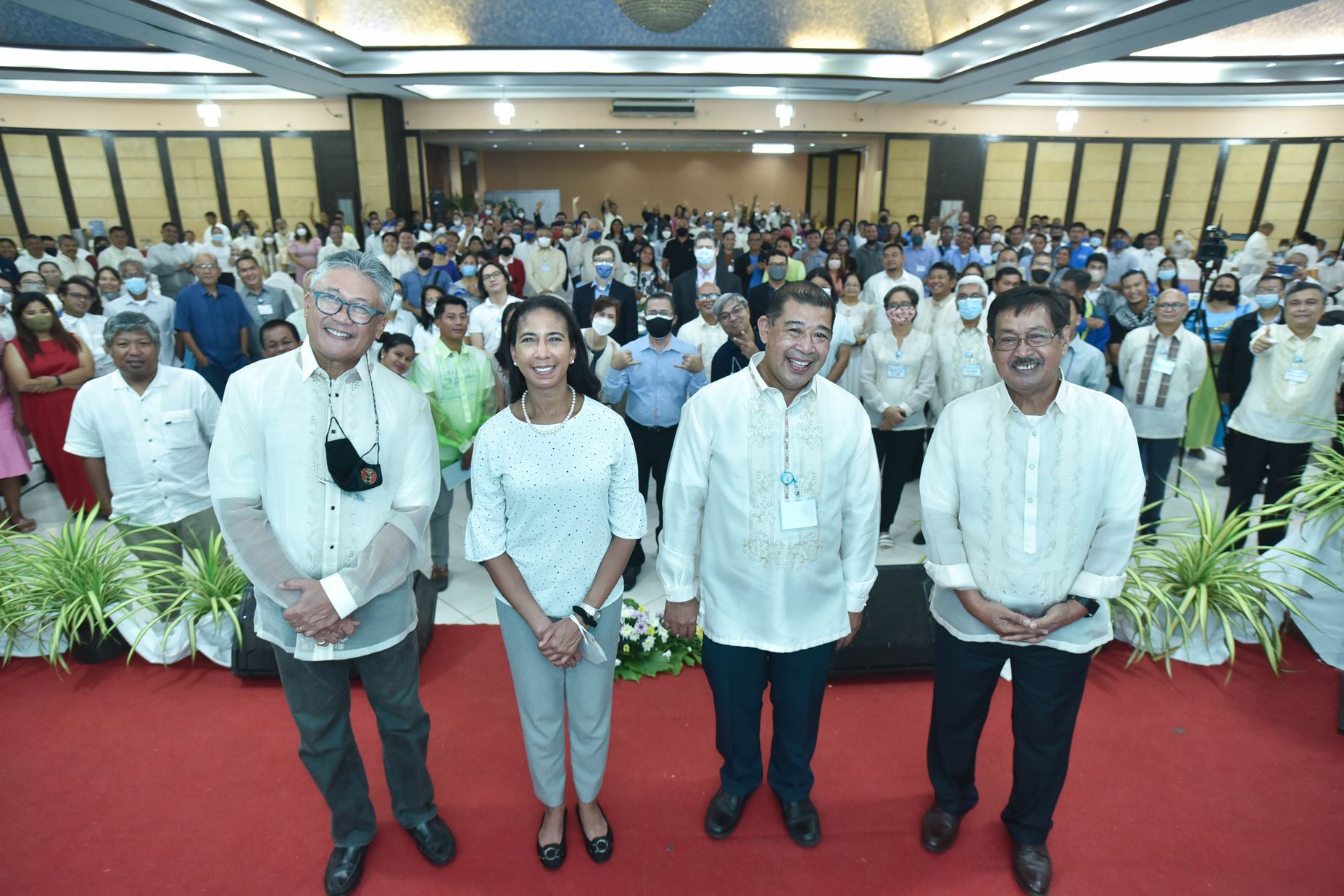 MPAs help protect the Philippines from threats such as illegal, unreported, and unregulated (IUU) fishing that endanger the livelihoods and well-being of coastal communities.

During the summit, USAID led discussions on environmental law enforcement, the promotion of livelihood and biodiversity-friendly enterprises in MPAs, and community engagement to rehabilitate MPAs affected by Super Typhoon Odette last year.

USAID Deputy Mission Director Eubanks also met with government officials and stakeholders from the Kalayaan Island Group to discuss IUU fishing threats in their area of the West Philippine Sea.  During a visit to the Puerto Princesa Subterranean River National Park, she was able to exchange ideas with members of the local community who were able to start an environmental fund for conservation activities within the national park by participating in community-managed savings and credit associations supported by USAID.  She also met several civil society organizations working on conservation in Palawan.

For more than 60 years, USAID has worked with the Philippine government and local organizations to achieve shared development goals, investing more than Php 247.5 billion ($5.1 billion) to support the Philippines since 1961.