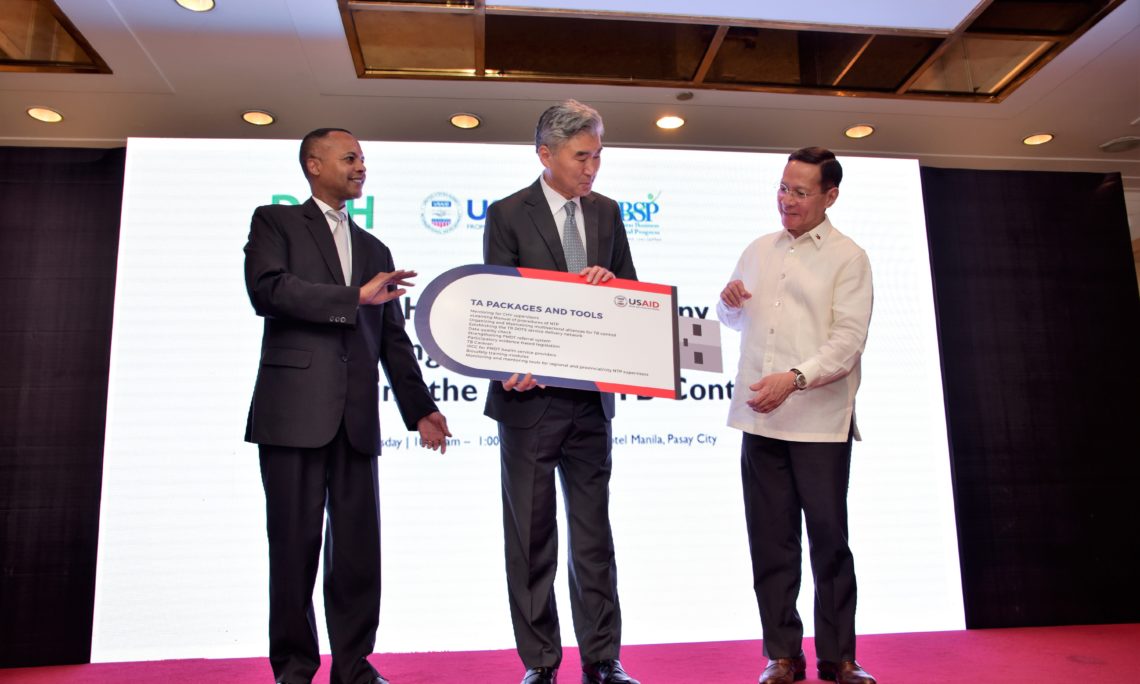 “Infectious diseases like TB can take a terrible toll on individuals, families, and communities,” explained U.S. Ambassador Sung Y. Kim.  “The U.S. government works closely with our Philippine counterparts to provide life-saving treatment to TB patients as soon as possible, so they can be cured of the disease.”

At the event, Ambassador Kim turned over technical assistance packages to Department of Health Secretary Francisco Duque III to bolster the Philippine government’s ongoing efforts to eliminate TB in the country.

TB kills two to three Filipinos every hour.  More than 1 million Filipinos have active TB and many are not even aware that they have the disease.  TB patients and their households, on average, lose half of their annual incomes.

Since 2006, the Philippines has demonstrated a marked improvement in its capability to identify people infected with TB and provide them with life-saving treatment.  The Philippines has also introduced new anti-TB medicines and shortened treatment regimens, boosting the number of patients cured of TB.

Over the past decade, USAID has provided over Php4 billion in financial and technical assistance to support DOH’s National Tuberculosis Control Program and the Philippine government’s goal of eliminating TB by 2035.

Ambassador Kim emphasized that the U.S. government remains committed to supporting the Philippines’ efforts to combat TB.  “The U.S. government will continue to partner with the Department of Health to scale up high-impact approaches and introduce promising interventions to prevent, detect, and cure TB,” he said.