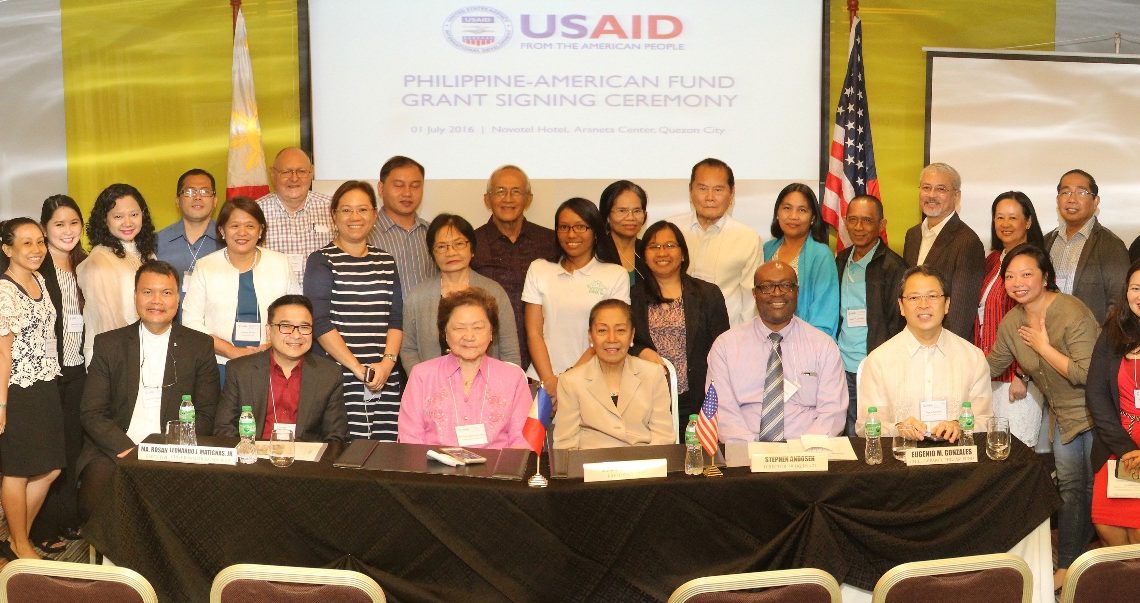 United States Agency for International Development (USAID), through the Philippine–American Fund (Phil-Am Fund), signed grants with seven local organizations to help combat human trafficking, as well as to support biodiversity programs. Present at the grant signing were USAID Director for Office of

Through its Philippine-American Fund (Phil-Am Fund), USAID initiated partnerships with BALAOD Mindanaw, Inc. and the Fellowship for Organizing Endeavors, Inc. to extend assistance to victims of trafficking in Cagayan De Oro and Cebu City. The grants were signed days after the U.S. State Department announced the Philippines’ elevation to Tier 1 status in the annual Trafficking In Persons Report. For the first time, the country fully meets the minimum standards for the elimination of trafficking, as defined by the U.S. Trafficking Victims Protection Act.

The grant signing ceremony on July 5 was witnessed by Dr. Steve Andoseh, the director of USAID’s Office of Economic Development and Governance and Ms. Judy Araneta-Roxas, President of the Gerry Roxas Foundation.

About USAID:
The United States Agency for International Development is the lead U.S. Government agency that works to end extreme global poverty and enable resilient, democratic societies to realize their potential. In the Philippines, USAID partners with the national government to create a more stable, prosperous and well-governed nation. For more information, visit http://www.usaid.gov/philippines or email infoph@usaid.gov.