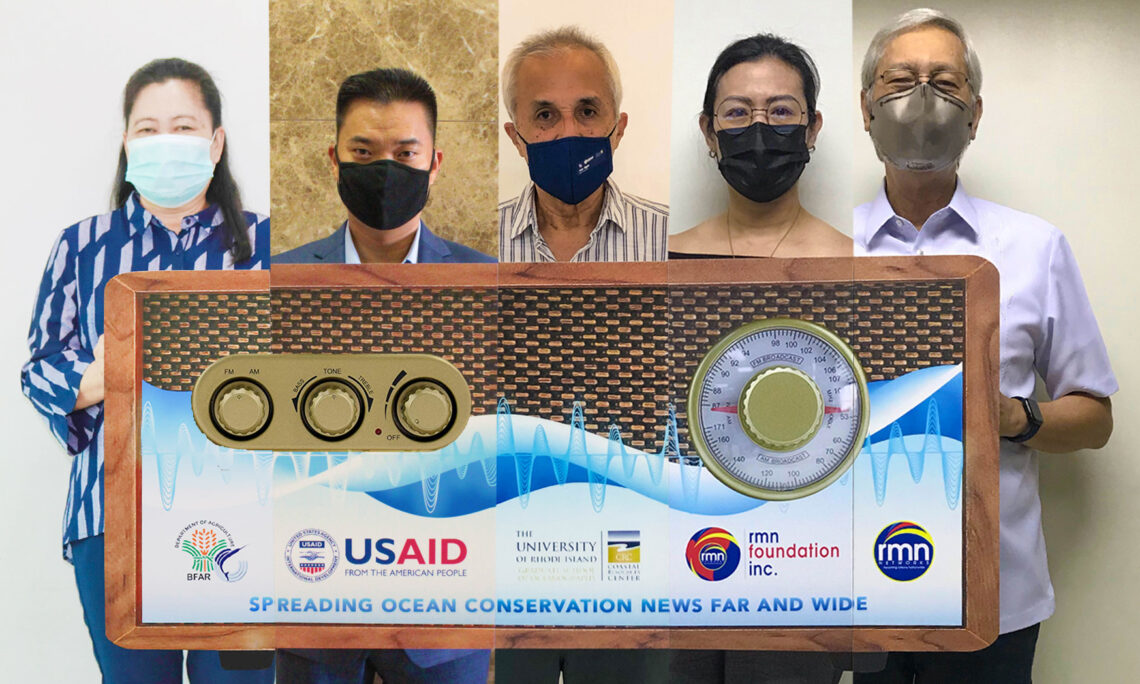 Manila, February 2, 2021 – The United States Agency for International Development (USAID) and Radio Mindanao Network (RMN) Foundation formalized a media partnership to promote marine conservation in the Philippines.  The partnership will target coastal communities that rely on radio as a source of information and entertainment in the Visayan region, the country’s seafood capital and home to more than 140,000 small-scale fishers.

USAID, through its Fish Right project, and RMN, will produce and distribute messages on biodiversity conservation and sustainable fisheries management through interviews, radio announcements, and related public affairs programs.  RMN will use its broadcast facilities in the cities of Iloilo, Cebu, Bacolod, and Roxas to better reach fishing communities in the Visayas.

“This partnership with RMN will certainly strengthen our conservation efforts.  We hope that our joint advocacy on sustainable fisheries management will give voice to the fisherfolk as conservation champions, thereby increasing their influence in directly managing the Visayan Sea,” said Acting USAID Environment Office Director Paul Seong.

“We are appreciative of this partnership with USAID because RMN is founded on the vision of a radio station benefiting local communities.  This partnership makes that happen.  It’s important for us to really be present on the ground where we are needed the most,” added RMN Executive Vice President Erika Marie Canoy-Sanchez.

RMN is one of the largest radio networks in the Philippines, with 65 stations and multiple digital platforms nationwide.  During a small forum to formalize the agreement, Chairman of the NGOs for Fisheries Reform Marlon Palomo said, “We are very thankful for this opportunity, especially because this pandemic has made it difficult for us to reach some of our partner communities.  Through radio, we will not only be able to reach more fisherfolk, but also relay the issues confronted by the fisheries sector in the Visayan Sea and other areas.”

USAID’s Fish Right project is a five-year partnership between the U.S. and Philippine governments to address threats to biodiversity, improve governance of marine areas, and increase fish health and numbers in South Negros, the Calamianes Island Group, and the Visayan Sea.  The increase in fish will benefit more than two million people living in these fishing communities.  The Fish Right program is being implemented by the University of Rhode Island in partnership with local universities and non-government organizations.