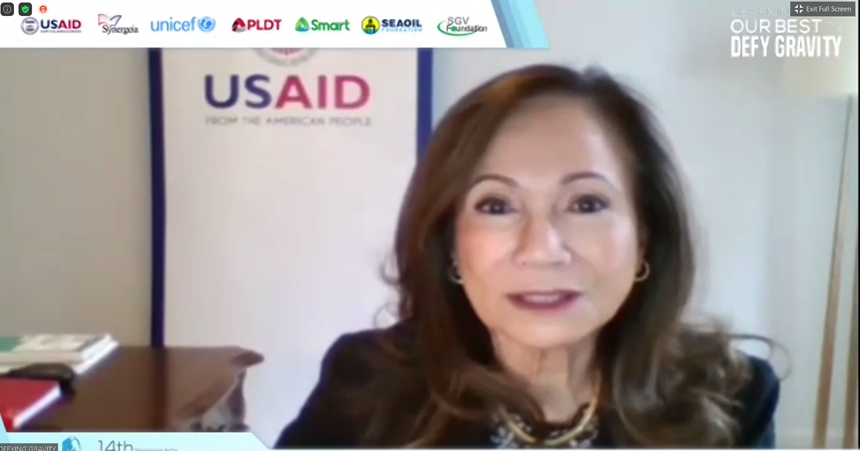 During her keynote address, Steele noted that nearly 3 million early grade learners in the Philippines benefitted from USAID’s Education Governance Effectiveness (EdGE) program with the Synergeia Foundation, Inc.  Synergeia, with support from USAID, organized the two-day summit, which was attended by more than 700 local government chief executives, teachers, education administrators, parents, students, and officials from the executive and legislative branches of the Philippine government.

“Governors, mayors, and other local champions understand the unique conditions of their communities and are in the best position to lead in solving their own development challenges, given the right opportunity,” Steele said from USAID Headquarters in Washington, D.C.

Steele, a Filipino-American, served as USAID Philippines Mission Director from 2010 to 2015, and designed and launched this partnership in 2013.  She returned to Washington in 2015 to serve as USAID Acting Assistant Administrator for Asia.  She became USAID’s Acting Administrator in January 2021.

USAID is the lead U.S. government agency for international development and humanitarian assistance.