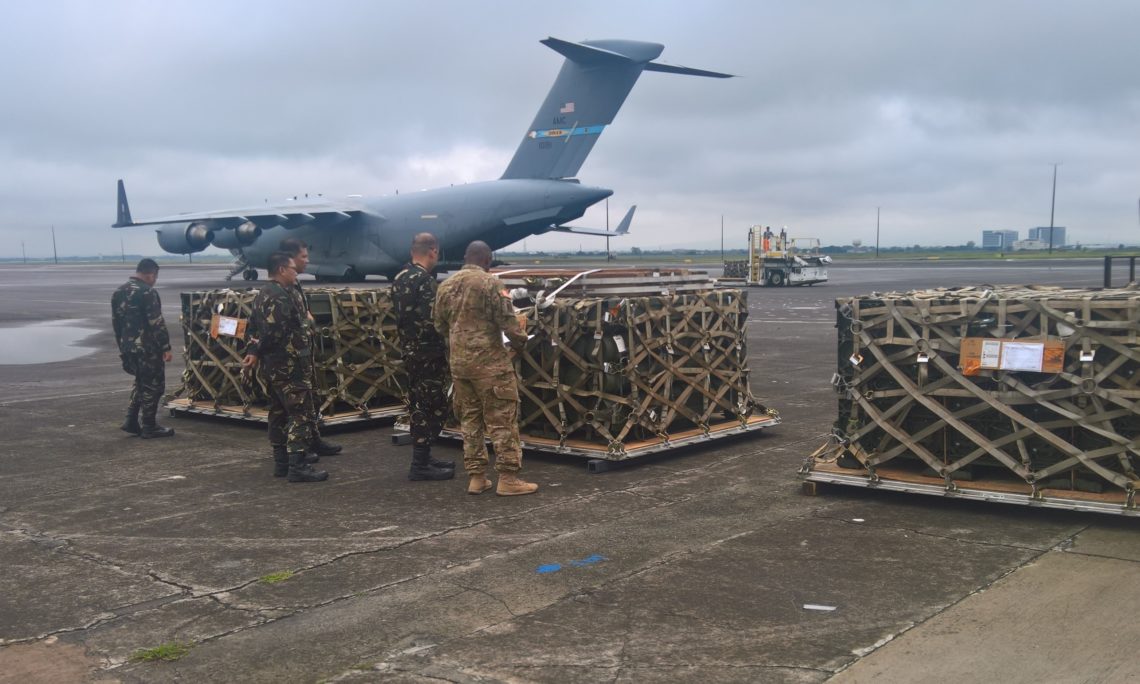 Members of both the U.S. and Philippine armies unload and inspect a delivery of 992 2.75 inch rockets from the U.S. to the Armed Forces of the Philippines (AFP) at Clark Air Base, Pampanga.  This delivery is one of many recent deliveries from the U.S. through the Mutual Logistics Support Agreement (MLSA) that enhance the AFP’s counterterrorism capabilities and directly support AFP members engaged in current counterterrorism operations.

Manila, July 29, 2017 — Officials from the Joint United States Military Assistance Group (JUSMAG) recently delivered 1,040 2.75” rocket motors and 992 2.75″ rockets to the Philippine Air Force (PAF) through the Mutual Logistics Support Agreement (MLSA).  These timely transfers greatly enhance the Armed Forces of the Philippines’ (AFP) counterterrorism efforts. They are part of a series of upcoming transfers from the U.S. military to multiple branches of the AFP through both MLSA and the security assistance program.  Through the MLSA, the AFP is able to receive select munitions and equipment from U.S. military stock in an accelerated process reserved for allies and close partners of the United States.

The munitions and weapons deliveries will enhance the AFP’s counterterrorism capabilities, and directly support AFP members actively engaged in counterterrorism operations in the southern Philippines, including Marawi.  Upcoming weapons deliveries include 250 rocket-propelled grenade launchers and 1,000 M203 grenade launchers delivered to the Philippine Army through the security assistance program.

The United States is a proud and steadfast ally of the Philippines and will continue to provide support to the AFP’s long-term modernization goals and counterterrorism needs.