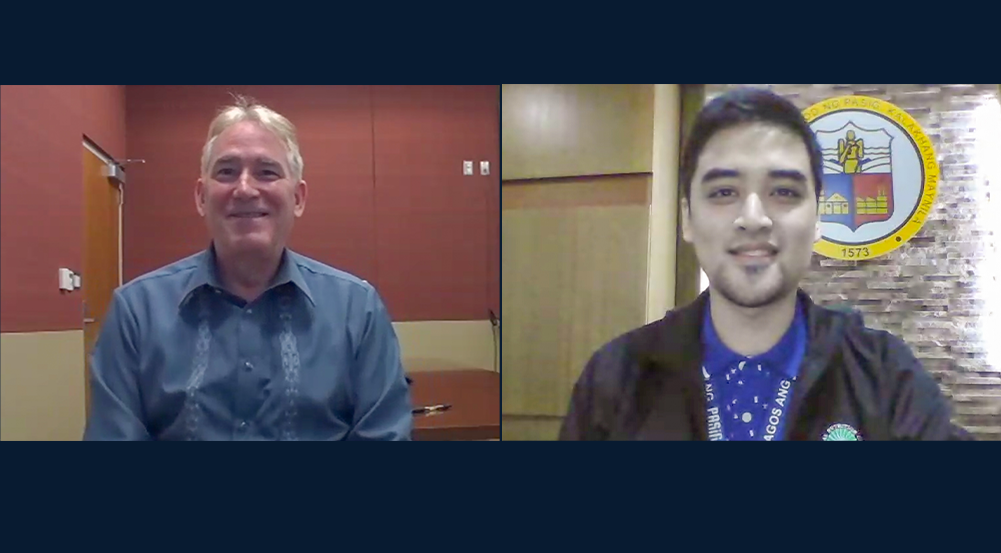 Manila, February 24, 2021 — U.S. Embassy Chargé d’Affaires John Law congratulated Pasig Mayor Vico Sotto on his selection as one of 12 global anti-corruption champions by the U.S. Department of State.  The award recognizes Mayor Sotto’s commitment to transparency initiatives both as a Pasig city councilor and as mayor.

In 2018, then-Pasig city councilor Sotto spent a month at the Des Moines Public Information Board in Des Moines, Iowa, as part of a U.S.-sponsored Young Southeast Asian Leaders Initiative (YSEALI) Professional Fellows Program in the United States.  He used this experience to help him design and pass Pasig’s first freedom of information legislation when he returned to the Philippines.  During his first year and a half in the Mayor’s office, Sotto has continued efforts to guarantee the citizens of Pasig easier access to city information, and committed to improve transparency in the city’s budgeting and contracting process.

“Today’s award recognizes Mayor Sotto’s early work to bring more transparent and open government to the citizens of Pasig.  I am especially proud that the Mayor was able to use his participation in a YSEALI Professional Fellows Program in Iowa to help advance transparency initiatives here in the Philippines,” said Chargé d’Affaires Law.

This award highlights the importance the United States places on fiscal transparency globally, which helps in the fight against corruption and protects economic prosperity.

In Pasig, USAID’s Delivering Effective Government for Competitiveness and Inclusive Growth (DELIVER) and Regulatory Reform Support Program for National Development (RESPOND) projects currently advise the city on modernizing its tax administration system and streamlining business processes and frontline services to improve ease of doing business.  Pasig City has passed the Good Financial Housekeeping standards set by the Department of Interior and Local Government and received recognition for its transparency efforts from the Presidential Communications Operations Office.  Pasig’s reforms are anticipated to increase new businesses in the city, an indication of growing confidence in the city’s anti-corruption efforts.

YSEALI Fellowships are intensive short-term academic programs whose purpose is to provide young leaders with a deeper understanding of the United States, while gaining experience under a particular theme and enhancing their leadership skills.  To date, 663 Filipinos have traveled to the United States on YSEALI exchanges since the program launched in 2013.