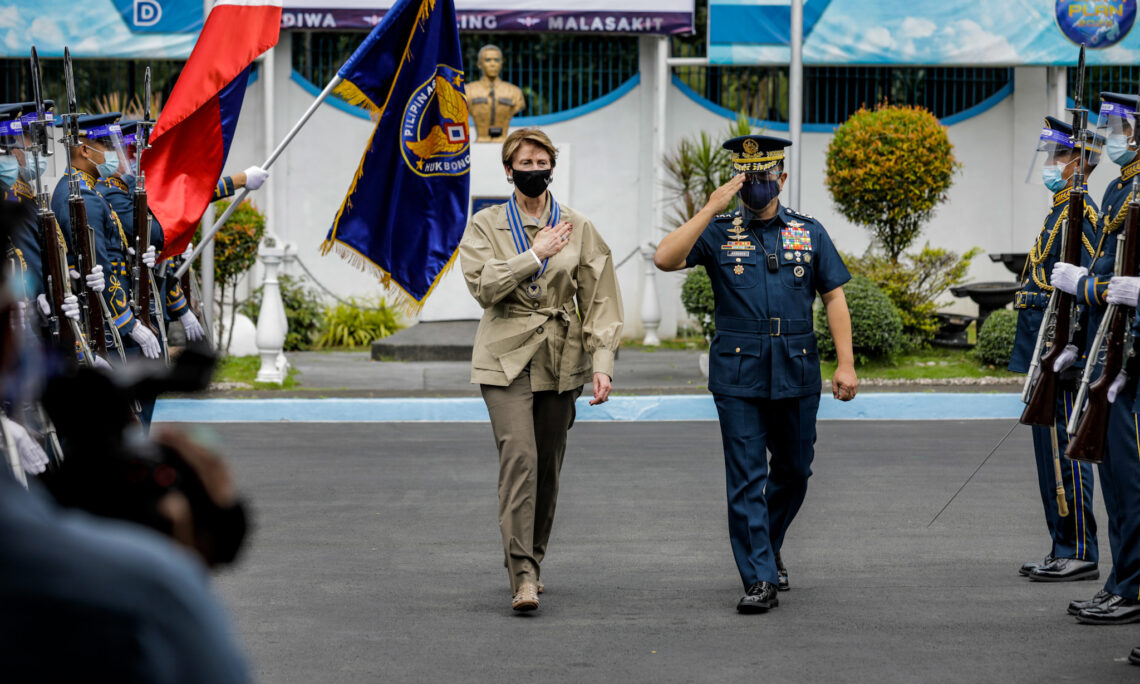 “From joint counterterrorism efforts to humanitarian support, the U.S. and Philippines have a long history of working together to protect global security through regional stability,” said Secretary of the Air Force Barrett.  “The U.S. Air and Space Forces look forward to building on our strong relationship with the Philippine military through greater interoperability and training opportunities with the Philippine Air Force, as well as exploring where our nations can cooperate in the space domain.”

“We welcome the visit of Secretary Barrett, and we look forward to working with our U.S. counterparts in pursuit of our common goals and interests,” said Undersecretary Luna of the visit.

“With our shared history and long-standing partnership with the U.S., we also look forward to continuing our cooperation on various aspects of defense and security, including the Philippines’ current thrust to modernize its Armed Forces,” DND Assistant Secretary for Logistics, Acquisitions and Self-Reliant Defense Posture Jesus Rey Avilla added.

Secretary Barrett’s visit coincides with the handover to the Philippine Navy of a ScanEagle Unmanned Aerial System, a Php710-million ($14.79 million) drone that will boost the Philippine military’s intelligence, surveillance, and reconnaissance capabilities, strengthening maritime domain awareness and border security.  The Secretary’s trip follows U.S. National Security Advisor Robert O’Brien’s November 22-23 visit, during which he announced Php868 million ($18 million) in additional military equipment and training for the AFP, as well as an additional Php169 million ($3.5 million) in U.S. humanitarian assistance to typhoon-affected communities.

The Philippines is by far the largest recipient of U.S. military assistance in the Indo-Pacific region.  Since 2015, the United States has delivered more than Php33 billion ($650 million) worth of planes, ships, armored vehicles, small arms, and other military equipment to the Philippines, while training side-by-side with our Filipino allies.