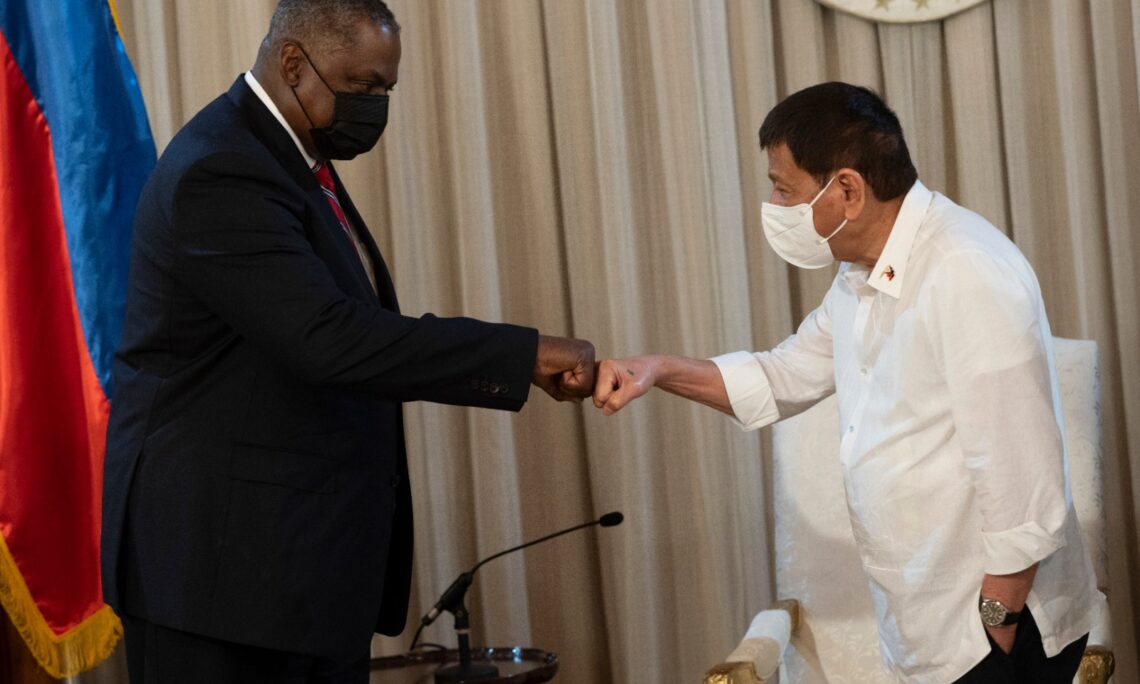 Manila, July 31, 2021 — On July 29 and 30, U.S. Secretary of Defense Lloyd Austin III visited the Philippines for the first time as Defense Secretary to reaffirm the strong and enduring U.S.-Philippine alliance as the two sides celebrate 75 years of diplomatic relations and the 70th anniversary of the Mutual Defense Treaty.

Following their meeting, Secretary Lorenzana announced President Duterte’s decision to recall the abrogation of the Visiting Forces Agreement.  “A strong, resilient U.S.-Philippine alliance will remain vital to the security, stability, and prosperity of the Indo-Pacific.  A fully restored VFA will help us achieve that goal together,” said Secretary Austin.

During his engagements, Secretary Austin expressed his condolences to the families of the victims of the July 4 C-130 airplane crash, and discussed further strengthening bilateral security ties, supporting Philippine rights in the South China Sea, and U.S. vaccine assistance to the Philippines.

On July 30, Secretary Austin observed the signing of a U.S.-Philippine agreement enhancing mutual cooperation in aeronautical and maritime search and rescue operations.

The Philippines was the final stop in a three-country Indo-Pacific trip, following Secretary Austin’s visits to Singapore and Vietnam, where he engaged with Southeast Asian partners to underscore the enduring U.S. commitment to ASEAN and a free and open Indo-Pacific region.