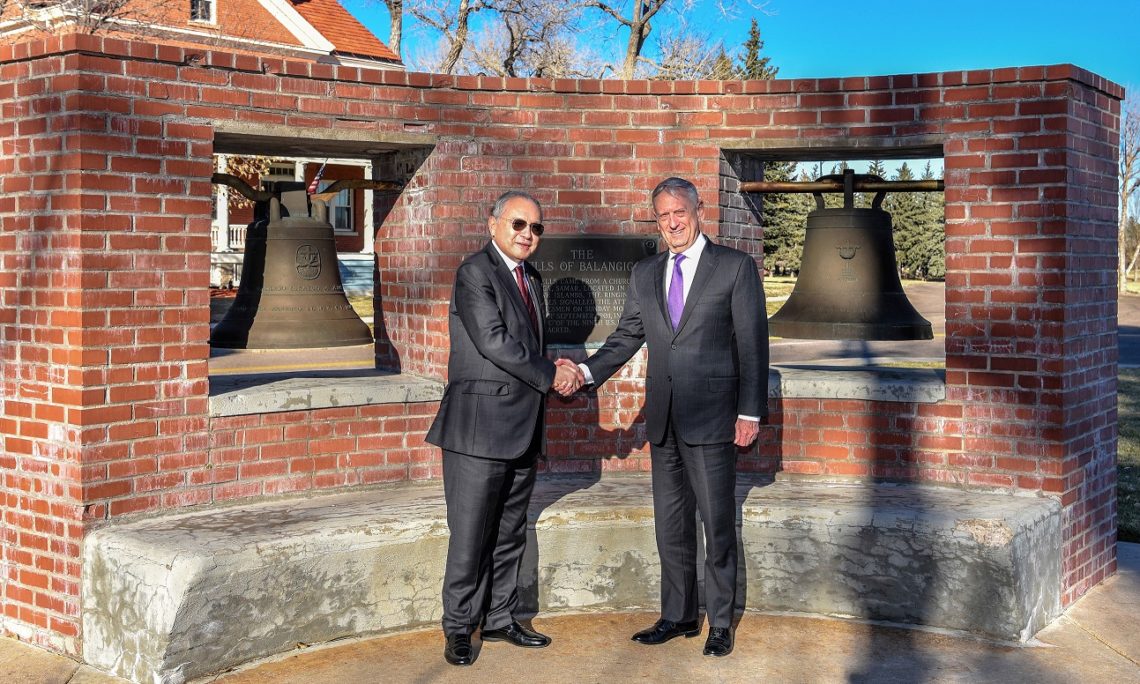 U.S. Secretary of Defense James Mattis and Philippine Ambassador to the U.S. Jose Manuel Romualdez shake hands in front of two Balangiga Bells before a ceremony marking the return of all three bells to the Philippines at F. E. Warren Air Force Base, Cheyenne, Wyoming, on November 14.

“In returning the Bells of Balangiga to our ally and our friend – the Philippines – we pick up our generation’s responsibility to deepen the respect between our peoples,” said Mattis.  “Ambassador [Romualdez], bear these bells home, back to their Catholic Church, confident that America’s ironclad alliance with the Philippines is stronger than ever.”

“This is a great day for the U.S.-Philippine relationship as friends, partners, and allies,” said U.S. Ambassador to the Philippines Sung Kim.  “I can think of no clearer affirmation of the United States’ commitment to the Philippines than the return of the Balangiga Bells.  To all those who have worked to make this day happen, thank you!”

The Balangiga Bells have deep significance for many people in the United States and the Philippines.  On August 9, Secretary of Defense James N. Mattis notified Congress that the Department of Defense intended to return the Balangiga Bells to the Philippines.  The decision followed a year-long consultative process with associated veterans’ organizations and government officials to ensure appropriate steps are taken to preserve the history associated with the bells.

Though no date has been set for the bells’ return, the U.S. is committed to returning the bells safely, in the best possible condition, and without unnecessary delay.