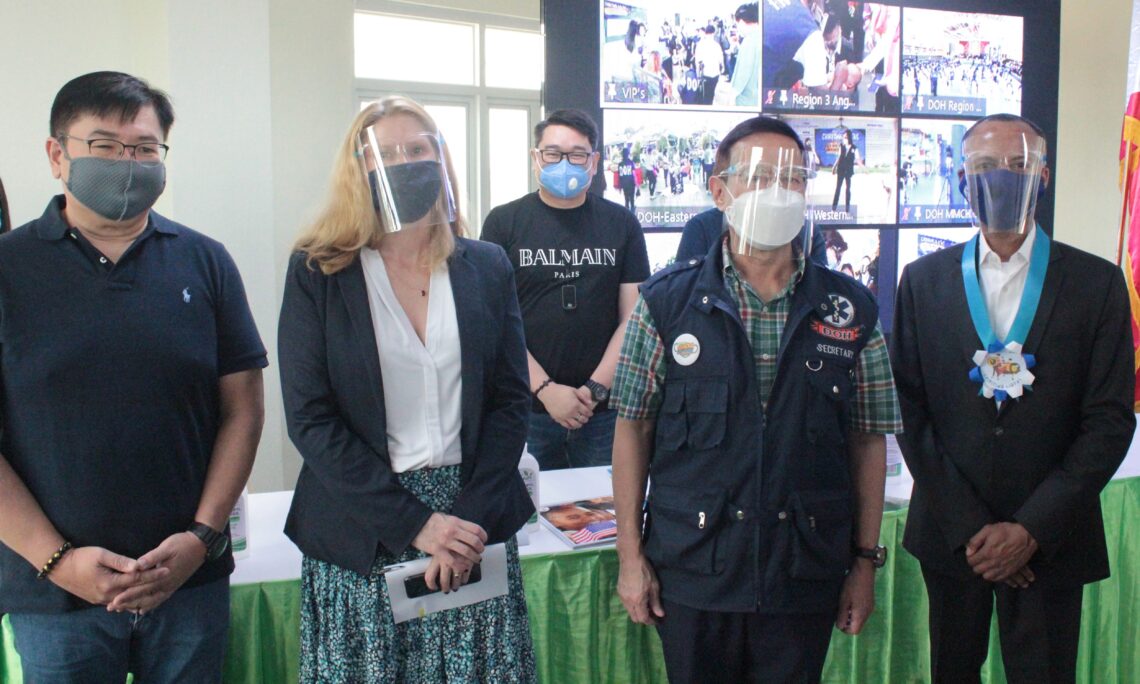 Manila, January 29, 2021 – Today, the U.S. government, through the U.S. Agency for International Development (USAID), partnered with the Philippine government and other development partners to launch the second phase of the Measles-Rubella and Oral Polio Vaccine Supplemental Immunization Activity (MR OVP SIA).

USAID is providing more than Php24 million ($500,000) to support the Philippine government’s efforts to immunize against these deadly and highly contagious diseases.  Through a partnership with UNICEF, USAID assistance includes technical expertise, logistics support, and community engagement for the vaccination campaign.

The MR OPV SIA Phase 2, an important follow-up to the Philippine government’s Phase 1 immunization campaign last year, will include the entire Visayas, Metro Manila, Central Luzon, and Calabarzon regions.  The campaign will vaccinate 4.8 million children under age 5 against polio and immunize 5.1 million children between 9 and 59 months old against measles and rubella.

“Vaccination saves lives and prevents disabilities from such diseases.  These vaccines can give our vulnerable children a good start at life so they can grow into healthy and productive adults.  Above all, no child should be left behind,” said Secretary Duque.

At the launch, Mission Director Hardy called on local leaders to support immunization programs, urged the media to promote messages about the benefits of vaccines, and encouraged parents and guardians to have their children vaccinated against these life-threatening diseases.

“We all know that to prevent the spread of measles, rubella, and polio among Filipino infants and children, we need the support of everyone,” Hardy emphasized.  “Our efforts to protect Filipino children from these diseases will enable them to attend school, participate in community activities, and contribute fully to society.”

As the world’s largest provider of bilateral assistance in public health, USAID has partnered with the Philippine government for decades.  Over the past 20 years, the U.S. government has invested nearly Php30 billion in the Philippine health sector to help advance the country’s development goals.