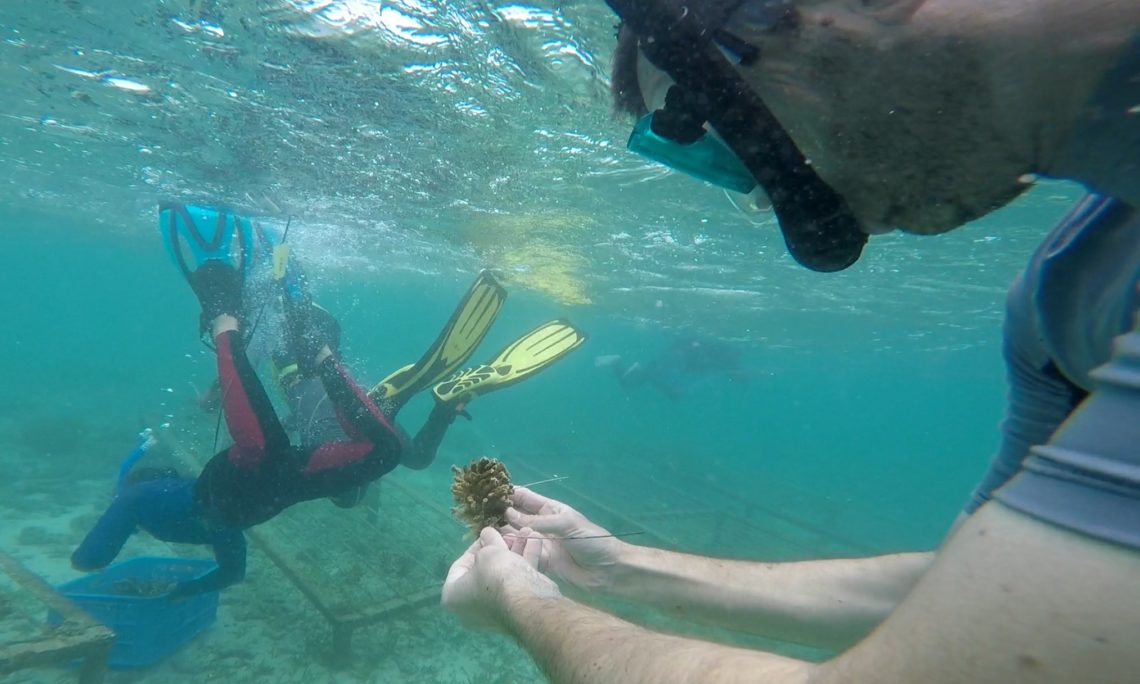 Iloilo Governor Arthur Defensor Sr., an alumnus of the International Visitor Leadership Program, hosted the reunion.  He said, “One of the best things that has happened in my life was the opportunity to participate in these exchange programs.”

U.S. Embassy Public Affairs Counselor Philip Roskamp highlighted the contributions that people-to-people exchanges have made to the robust bilateral relationship between the United States and the Philippines.  “As we celebrate the 70th anniversary of exchanges this year, what we are really celebrating are the friendships, professional networks, collaborations, and people-to-people bonds that these exchanges have forged,” he noted.

While in Iloilo, Roskamp spoke to students at Central Philippines University as part of a U.S. exchange alumni-led forum on global education and exchange opportunities in the United States.  To demonstrate support for the International Year of the Reef 2018 campaign, Roskamp and U.S. exchange alumni also planted coral fragments at the Tun-Lac Marine Protected Area in Nueva Valencia, Guimaras.  Promoting coral growth and marine conservation has improved fisheries, tourism, and water quality in the area.

The Alumni Reconnects event in Visayas was the third in the series; events are also scheduled in Davao, Zamboanga, and Cagayan de Oro.