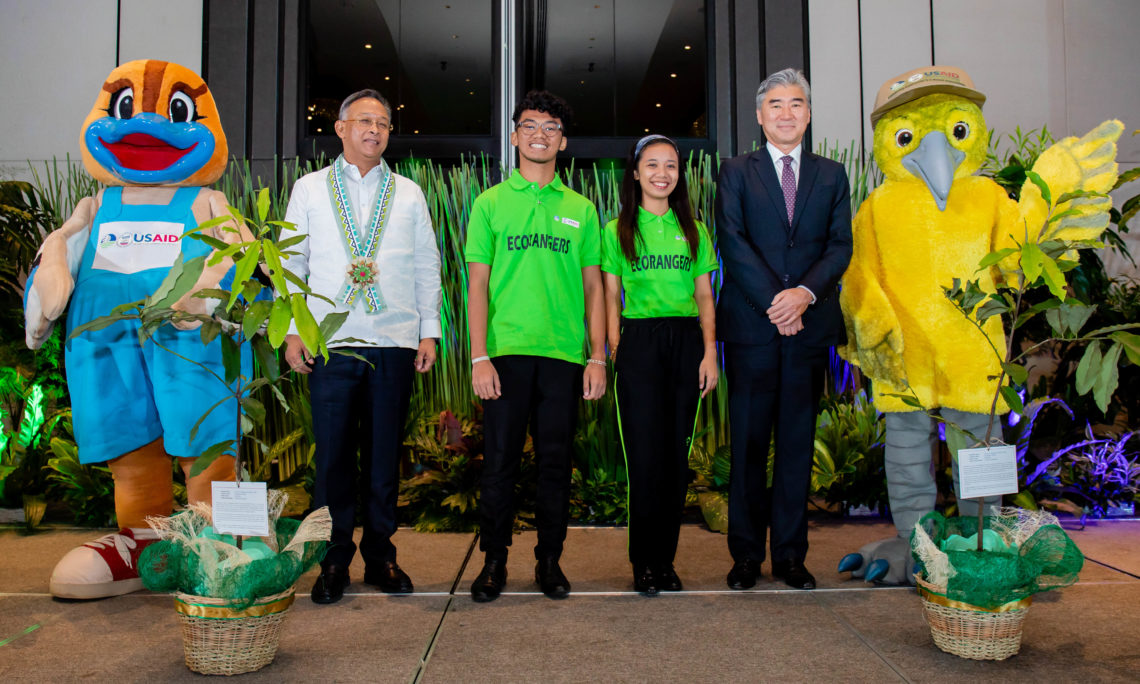 Manila, October 12, 2018 — The U.S. Embassy in the Philippines and the U.S. Agency for International Development (USAID) celebrated the success of USAID’s six-year, Php1.35 billion partnership with the Department of Environment and Natural Resources (DENR) in strengthening the country’s forest and biodiversity conservation.

Since 2012, USAID has been partnering with the DENR, local governments, the private sector, and civil society to safeguard this important natural resource through its biodiversity project.  About one in three Filipinos depend on natural resources, including forests, for their livelihoods.  Forests also provide energy, protect communities from floods, and enhance air quality.

“We are honored to work with all of you as friends and partners in safeguarding our environment and pursuing a more prosperous Philippines,” said U.S. Ambassador Sung Kim in his keynote address at the project’s completion ceremony.

Among the partnership’s key milestones include DENR’s implementation of the Lawin Forest and Biodiversity Protection System throughout 16 out of 17 regions of the country.  Developed by DENR and USAID, this technology equips forest patrollers and managers with the tools to monitor forest conditions and make evidence-based decisions for protecting the country’s forests and biodiversity.

These initiatives helped improve the management of over 90 percent of forests in the Philippines.  Reforestation and forest conservation work contributed to reducing about 10 million metric tons of carbon dioxide in six years, the equivalent of nearly 2 million cars off the streets.  The partnership also directly benefitted nearly 30,000 people who depend on forests for their livelihood.

The completion ceremony gathered over 300 participants, including partners from the private sector, indigenous people communities, and youth.  USAID and DENR also awarded plaques of recognition to individuals and groups that contributed to the success of the forest and biodiversity conservation partnership.