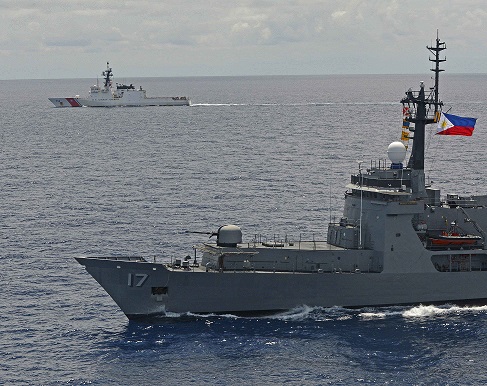 The week-long exercise involved sailors, coast guardsmen and Marines from the U.S. and Philippine militaries, as well as sailors from the Japan Maritime Self-Defense Force (JMSDF).

“I could not be more proud of what we accomplished together,” said Capt. Ann McAnn, deputy commodore, Destroyer Squadron 7.  “The time and resources invested here will pay dividends.  While the exercise has ended, the skills, the knowledge and the relationships built here will only grow in value over time.”

This year marked the first time the JMSDF participated alongside U.S. and Philippine navy counterparts during MTA Sama Sama.

For more than 70 years U.S. and Philippine forces have renewed our friendship, partnership, and alliance through bilateral military exchanges and exercises.