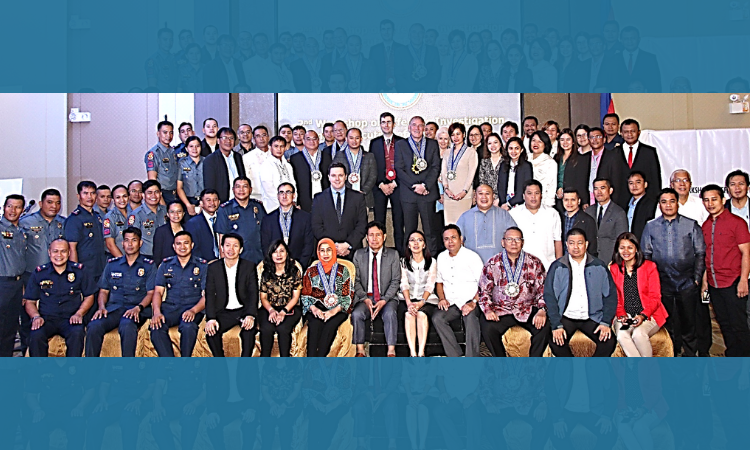 General Santos City, May 30, 2019 — Prosecutors, law enforcement officials, and legal experts from the United States, Philippines, and Indonesia came together from May 22 to 23 for a workshop on effective investigations and prosecutions of terrorism cases.  The U.S. Embassy in the Philippines, through the U.S. Department of Justice (U.S. DOJ) Office of Overseas Prosecutorial Development Assistance and Training (OPDAT), partnered with the Philippine Department of Justice to train 52 participants from the three countries.

The workshop was an opportunity for counterterrorism officials to share best practices and develop professional networks.  Deputy Chief of Mission of the U.S. Embassy in the Philippines John Law told workshop participants, “I hope this is only the beginning of a lasting relationship and cooperation among our three countries in combatting terrorism.  Your work will make a difference in global efforts to combat terrorism. ”

The workshop introduced participants to a wide range of tools for investigating terrorism, such as digital forensics techniques and cyber investigations, identifying common types of explosives, pre- and post-blast crime scene investigation, and coordination between law enforcement and prosecutors in terrorism cases.

Philippine Police Major Ariel Philip Pontillas said, “The workshop established a good working relationship between the Philippine National Police and prosecutors in our fight against terrorism.”

Retired Regional Prosecutor for Philippines Region IX Peter Medalle, who presented on best practices in prosecuting terrorism cases, was recognized for his successful prosecution of terrorism cases in his region.