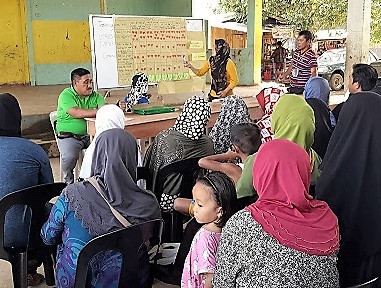 Cebu City, February 14, 2019 — The U.S. and Philippine governments celebrated the accomplishments of a six-year U.S. Agency for International Development (USAID) project that has worked to improve peace and stability in conflict-affected areas in Mindanao.  The Enhancing Governance, Accountability and Engagement (ENGAGE) project is a six-year, Php 860 million U.S.-Philippine partnership to advance social and economic inclusion and stability by empowering communities to participate in effective and inclusive governance.

From February 11 to 13, 150 ENGAGE stakeholders from across Mindanao shared best practices and lessons learned in order to sustain their work after the project concludes in April.  Participants included mayors and governors, representatives from high schools and community service organizations, as well as officials from the Department of Interior and Local Government, Mindanao Development Authority, Office of the Presidential Adviser for the Peace Process, Task Force Bangon Marawi, Bangsamoro Development Authority, and Autonomous Region in Muslim Mindanao.

At the conference, USAID Acting Mission Director Denny Robertson noted, “The U.S. government remains committed to promoting peace and development.  We must continue to do so both collaboratively and sustainably, in partnership with national and local governments, the private sector, and most importantly, communities.”

USAID’s ENGAGE project partnered with local government leaders and over 8,000 individuals — including women and youth — to jointly address communities’ concerns.  To further strengthen civic engagement, USAID trained more than 30 civil society organizations to advocate for citizens’ needs and represent public interests to local governments.  As a result, these local governments have improved accountability and responsiveness, including by allocating larger budgets to improve public services.