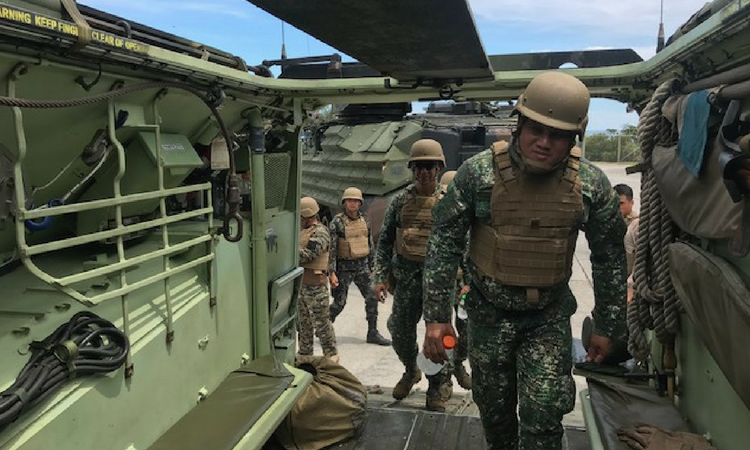 Manila, August 15, 2017 — From July 11 to 26, Philippine Marines from Assault Armor Battalion and U.S. Marines from Combat Assault Battalion, 3rd Marine Division worked together to become familiar with Amphibious Assault Vehicles and how to best utilize their capabilities.

This is the first time that members of the Armed Forces of the Philippines have trained on a U.S. military base.

During this training, Philippine Marines learned different amphibious skills such as hand signaling, egress training, and water operations.  They also familiarized themselves with maintenance procedures, logistical planning, and facility capabilities.

This training benefits both forces moving forward as they continue to work together during exercises such as Kamandag this October to bolster Philippine amphibious capability and combined security operations.