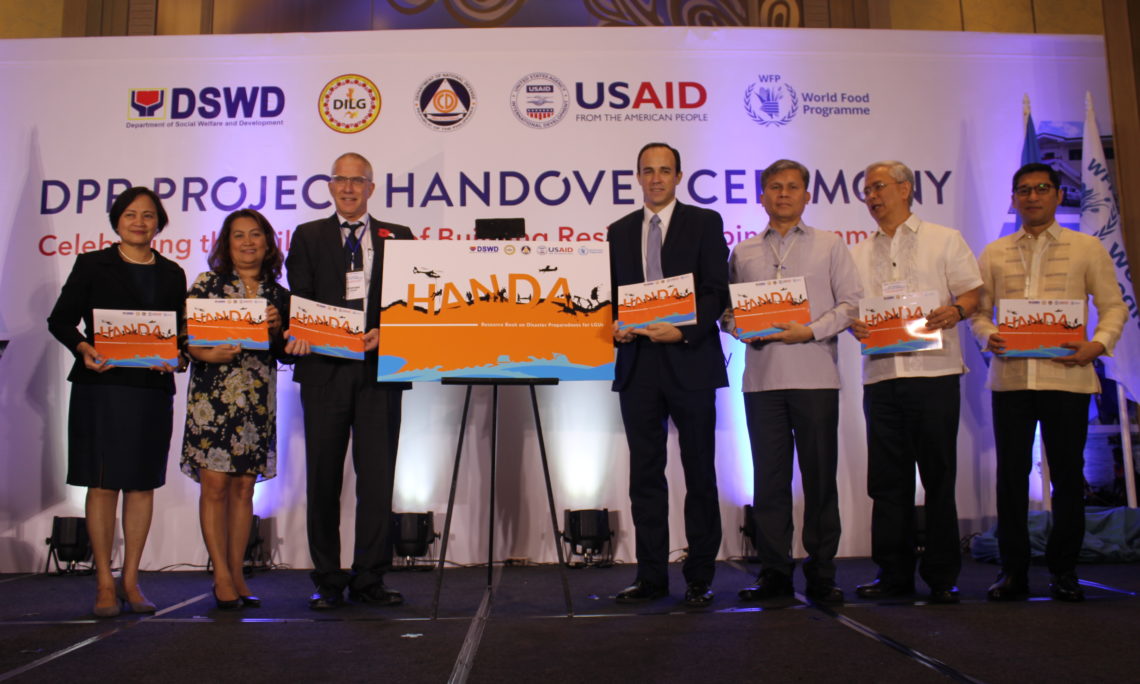 The project began in 2011 to support the Philippine Disaster Risk Reduction law.  USAID/OFDA and WFP partnered with cities and municipalities throughout the Philippines to improve natural disaster preparedness and response capabilities.  The project trained over 112,000 Filipinos in emergency response, constructed buildings to house emergency response operations, and supplied crucial equipment like radios and rescue boats.  USAID and WFP also installed early warning systems and conducted disaster mitigation activities, such as planting mangroves to prevent flooding and coastal erosion.

“We greatly value our friendship and partnership with the people of the Philippines,” said USAID/OFDA Regional Adviser, Joseph Curry.  “We will continue to cooperate with the Philippine government to deliver life-saving humanitarian and disaster risk reduction assistance.”

“We are proud of our partners’ many achievements,” said WFP Representative and Country Director Stephen Gluning.  “Our joint work with USAID/OFDA and the Philippine government is helping vulnerable communities to better withstand shocks and consequences of disasters, and move toward greater resilience.”

The Philippines is one of the most disaster-prone countries in the world, experiencing about 20 typhoons annually.  Between 2011 and 2016, typhoons in the country caused over Php900 billion in damages.

Since 1990, USAID has responded to 50 disasters in the Philippines.  Since 2013, the U.S. government has provided over Php9.6 billion for humanitarian and disaster risk reduction assistance in the Philippines, boosting the country’s capacity to respond to and prepare for natural disasters.