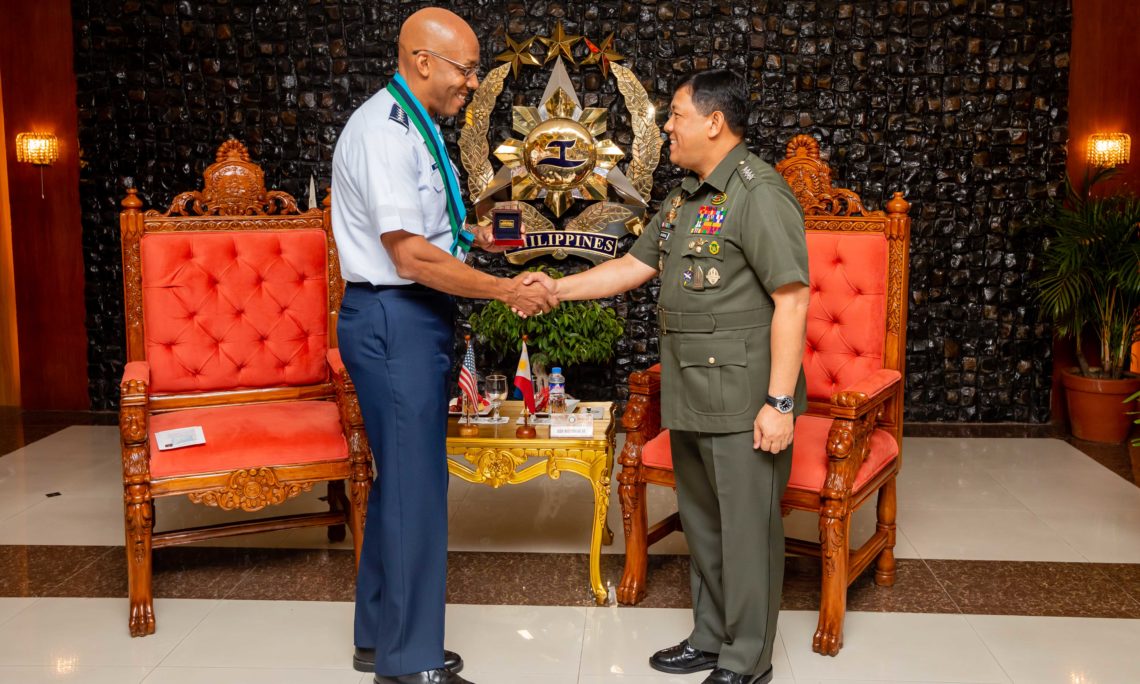 Manila, May 17, 2019 — U.S. Pacific Air Forces (PACAF) Commander Gen. Charles Q. Brown Jr. traveled to the Philippines from May 15 to 17 to meet with senior officials from the Armed Forces of the Philippines (AFP) and the Philippine Air Force (PAF).

“Our relationship with the Philippines is one of our most enduring relationships in the Indo-Pacific region,” said Brown.  “It’s an honor to be here to be part of the friendship and cooperation between our two nations and our two air forces.”

During his visit to Manila, Brown met with Chief of Staff of the AFP Gen. Benjamin Madrigal, Jr. at Camp Aguinaldo to discuss increasing multilateral training opportunities between PACAF and AFP.

“Enhanced engagement between our people and our forces benefits the entire region, and is grounded in personal relationships established during visits such as these,” said Brown.

After his office call with Madrigal, Brown met with the Commanding General of the PAF Lt. Gen. Rozzano D. Briguez at Villamor Air Base, where they participated in a wreath-laying ceremony at the Monument of the Fallen Airmen and discussed building partner capacity in the Philippines.

“I commend the vision laid out by the PAF in their Flight Plan 2028,” said Brown.  “We have the same vision of peace, security and friendship not just for today, but for tomorrow and the future ahead.”

Brown’s visit was his first to the Philippines since taking command of PACAF, the air component command of Indo-Pacific Command.  The visit reinforces the U.S. Air Force’s commitment to its bilateral relationship with the Philippine Air Force.