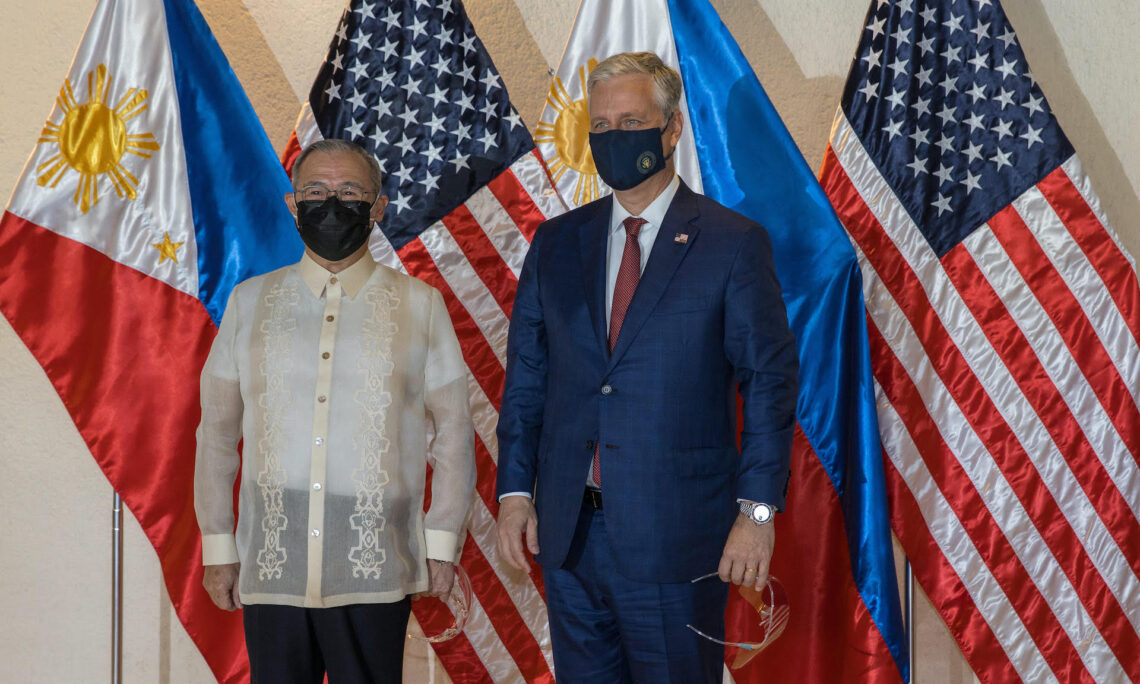 At the Department of Foreign Affairs (DFA), NSA O’Brien participated in the ceremonial handover of a tranche of precision-guided munitions to the Armed Forces of the Philippines.  This assistance will support the Armed Forces of the Philippines’ efforts to defeat ISIS-East Asia in the Southern Philippines.  Present at the handover were Secretary of Foreign Affairs Locsin, who welcomed NSA O’Brien to the DFA, and senior DND and AFP officials.

During meetings with senior Philippine officials, NSA O’Brien stressed the importance of the U.S.-Philippines alliance to national and regional security, discussed opportunities for greater bilateral economic engagement, and highlighted the deep bonds connecting the U.S. and Philippine peoples.  He also raised the importance of maritime security and freedom of the seas, underscoring U.S. support for the Philippines’ sovereign rights to offshore resources in the South China Sea, consistent with its rights and obligations under international law.

Before departing the Philippines, NSA O’Brien laid a wreath at the Manila American Cemetery to honor the sacrifice and pay respects to the more than 17,000 fallen U.S. and Filipino soldiers buried there.

The Philippines was one of several stops in a three-country Indo-Pacific trip, following NSA O’Brien’s participation in the November 14 virtual U.S.-ASEAN Summit, where he dialogued with Southeast Asian partners to underscore the enduring U.S. commitment to ASEAN centrality and a free and open Indo-Pacific region.