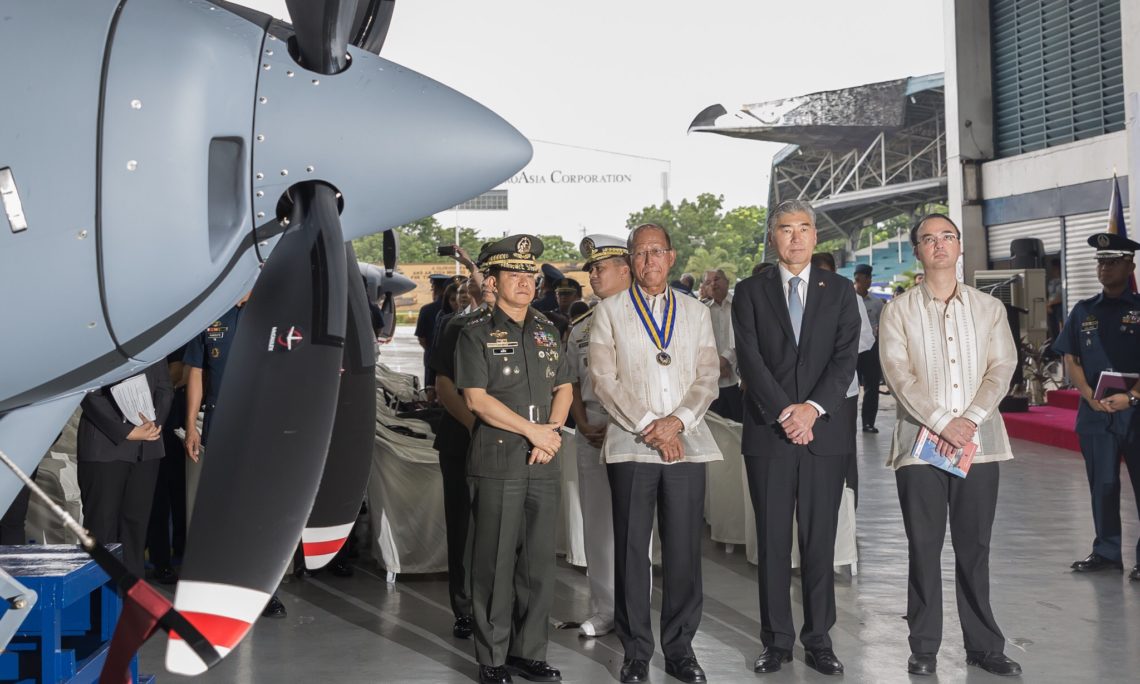 The two new aircraft, valued at Php 1.67 billion, were delivered to Lt. Gen. Fallorina, through the U.S. National Defense Authorization Act Building Partnership Capacity Program.  This delivery is the latest donation from the United States government, which over the last five years has allocated more than Php15 billion of grant funding to provide the AFP with up-to-date equipment and training.  The equipment transfers, training, and continued bilateral exercises demonstrate the commitment of the United States to work with the Philippines in building capabilities towards eradicating global terror networks.

Since 2007, representatives from the Joint United States Military Assistance Group (JUSMAG) in the Philippines have delivered and programmed more than Php7.4 billion worth of military equipment to the AFP to enhance counterterrorism capabilities.  In addition, the AFP has procured small-arms weapons, maritime assault boats, vehicles, unmanned aerial systems, and personal protective equipment as part of the U.S. government’s security assistance programs.

The PAF’s 300th Air Intelligence and Security Group (300 AISG), based out of Edwin Andrews Air Base in Zamboanga will operate the two new C-208B aircraft.  300 AISG is the leading unit for air intelligence surveillance and reconnaissance operations for the Armed Forces of the Philippines (AFP).

The Cessna 208B aircraft will enhance the PAF’s counterterrorism capabilities, and help protect AFP members actively engaged in counterterrorism operations in the southern Philippines, to include Marawi.  Equipped with advanced sensors, cameras and communications equipment, these aircraft will significantly enhance the ability of the AFP to locate terrorist groups operating in Mindanao and the Sulu Archipelago.

The United States, as a steadfast ally of the Philippines, continues to provide support to the AFP through both grant assistance and expedited sales of arms and munitions to support both long-term AFP modernization goals and urgent counterterrorism requirements.