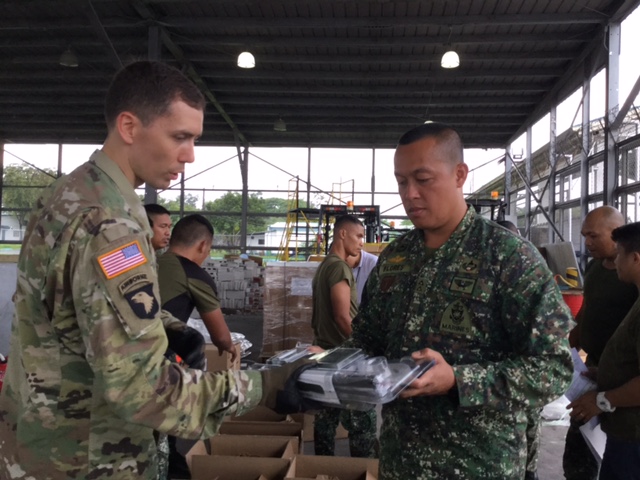 The equipment, for use in counterterrorism and fast boat operations, included tactical Harris radios, ballistic helmets, and diving gear, among other items.  The military equipment was transferred under a U.S. grant program aimed at assisting security forces conducting counterterrorism operations.  This equipment will help enhance the communications, situational awareness and protection of Philippine security forces actively engaged in counterterrorism operations in the southern Philippines.  The Philippine Marines will also receive radio training as a part of the U.S. grant program.

In addition to MARSOG, the Philippine Coast Guard and the Philippine National Police-Special Action Force also received six pallets of the new communications equipment from the U.S. government.