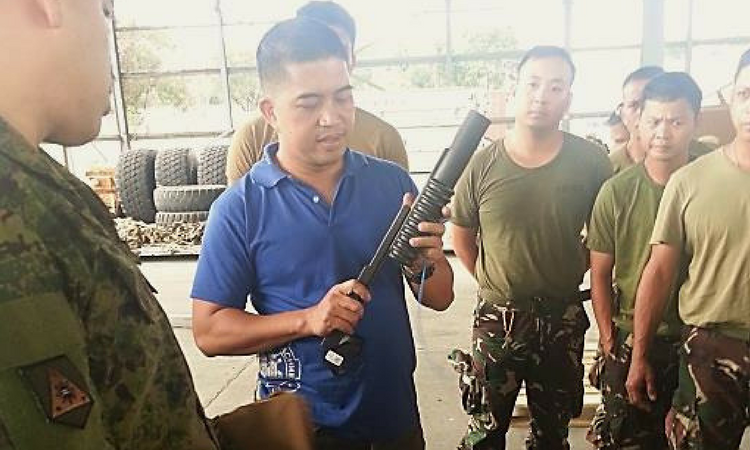 Clark Air Base, February 1, 2017 — Representatives from the U.S. Embassy in the Philippines’ Joint U.S. Military Assistance Group (JUSMAG) delivered new military equipment to the Philippine Army and Marine Corps January 27. The transfer included over 400 M203 grenade launchers, 85 M40A5 sniper rifles, and a RQ-11B Raven unmanned aerial vehicle system consisting of three drones for exclusive use and ownership by the Armed Forces of the Philippines.

The equipment transfer and continued bilateral training efforts demonstrate the commitment between the Philippines and U.S. to work towards safer communities and the eradication of global terror networks.