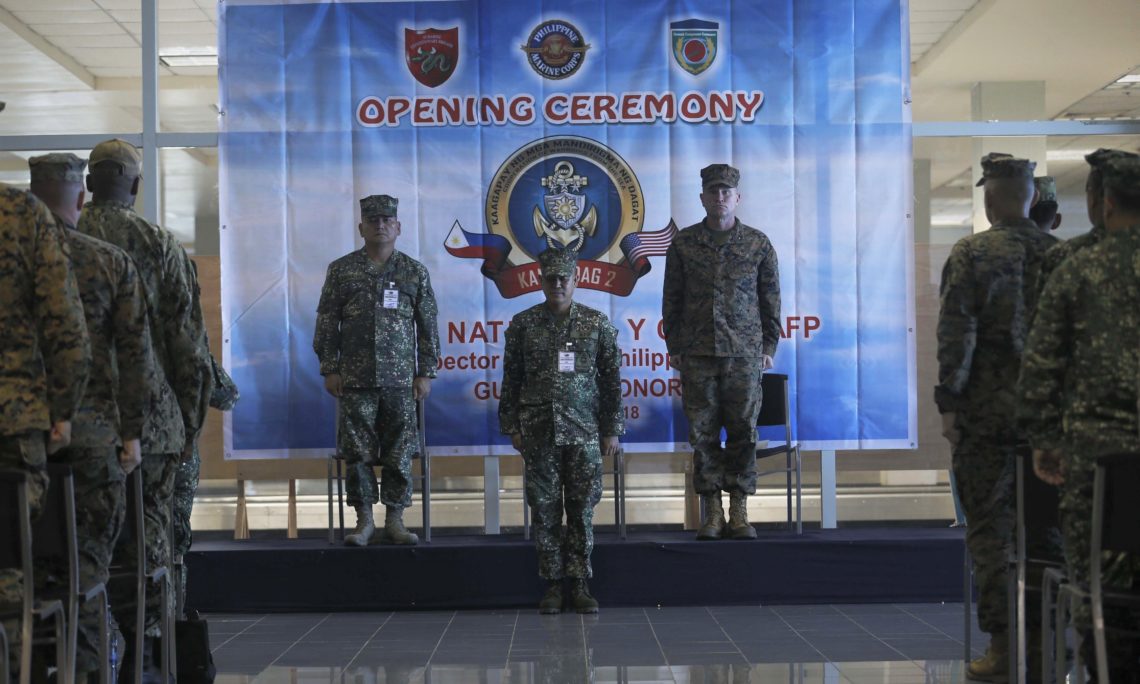 Subic Bay, October 1, 2018 — The 3d Marine Expeditionary Brigade (3d MEB) and Armed Forces of the Philippines (AFP) opened exercise KAMANDAG 2 with a ceremony at the Subic Bay International Airport on Monday.  KAMANDAG 2 will take place October 1 to 10, 2018, at multiple locations on the island of Luzon.

KAMANDAG 2 is an exercise between the Republic of the Philippines and the United States which also features participation from Japan.  The Philippine-led exercise will include military-to-military exchanges between the AFP and U.S. forces with a focus on counterterrorism and humanitarian assistance and disaster relief capabilities.

KAMANDAG 2 will enhance cooperation and interoperability between Philippine and U.S. forces as we continue both countries’ commitments to support each other as friends, partners, and allies.  Service members will practice humanitarian assistance and disaster relief, an amphibious landing, live fire training, close air support, jungle survival training, urban operations training, and combat lifesaving during KAMANDAG 2.

“In its first iteration last year, KAMANDAG gave rise to many inaugural advancements between our militaries,” said Brig. Gen. Chris A. McPhillips, 3d MEB Commanding General.  “I’m looking forward to all that we’re going to achieve together this year.”

The U.S. and Philippines will partner for a variety of community relations events during KAMANDAG 2.  Engineering and construction projects are ongoing at a school and two daycare centers in Ternate, Cavite.  While in Ternate, U.S. and Philippine military medical teams will teach hundreds of Ternate residents about lifesaving skills, disease prevention, and dental hygiene.  Participants in exercises like KAMANDAG 2 develop lifelong friendships and connections that bring the U.S. and Philippines closer together as friends, partners, and allies.

KAMANDAG is an acronym for the Filipino phrase “Kaagapay Ng Mga Mandirigma Ng Dagat,” which translates to “Cooperation of Warriors of the Sea,” highlighting the partnership between the Philippine and United States militaries.  KAMANDAG 2 will increase overall U.S. and Philippine readiness, improve combined responsiveness to crises in the Indo-Pacific region, and strengthen both countries’ decades-long partnership.

For photos and stories about KAMANDAG, please visit: www.dvidshub.net/feature/KAMANDAG