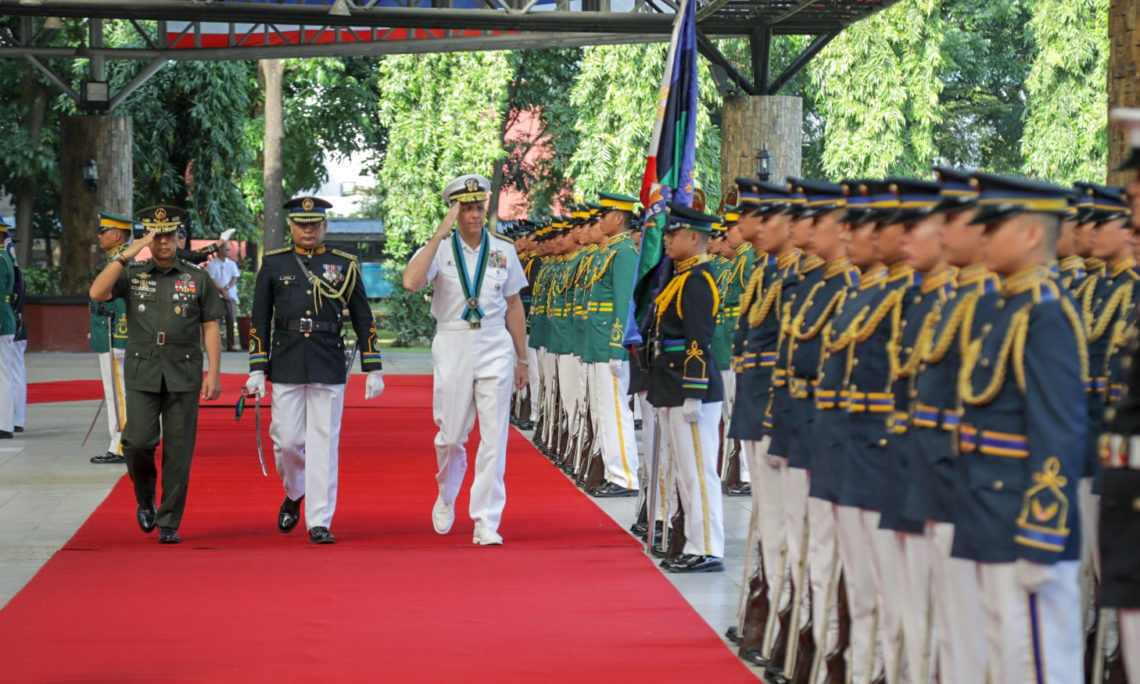 Manila, September 28, 2018 — Admiral Philip Davidson, Commander of the U.S. Indo-Pacific Command (Indo-PACOM), visited the Philippines for the annual Mutual Defense Board and Security Engagement Board (MDB-SEB) September 25 to 28, reinforcing the longstanding U. S.-Philippine alliance.  The trip marks his first visit to the Philippines as Indo-PACOM commander.

The annual MDB-SEB coordinates the framework for defense and security cooperation between the U.S. and Philippine militaries.

Admiral Davidson’s visit focused on a successful MDB-SEB and the importance of continued security cooperation with the Philippines, a longtime friend, partner, and ally of the United States.