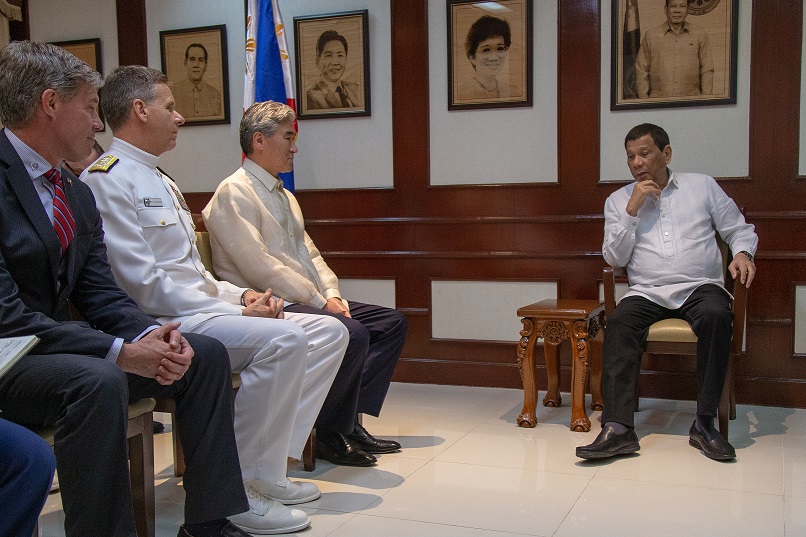 While in Manila, Admiral Davidson attended the Balangiga Bells handover ceremony and the Armed Forces of the Philippines Change of Command.

During his visit, Admiral Davidson met with President Rodrigo Duterte and Secretary of National Defense Delfin Lorenzana to discuss the importance of the U.S.-Philippine alliance for a stable and peaceful Indo-Pacific region.

Davidson also met with the outgoing Chief of Staff of the Armed Forces of the Philippines (CSAFP) General Carlito Galvez and the newly-appointed CSAFP General Benjamin Madrigal.  Admiral Davidson presented the Legion of Merit award to General Galvez in recognition of his exceptional achievements in combating terrorism and strengthening the U.S.-Philippine alliance.