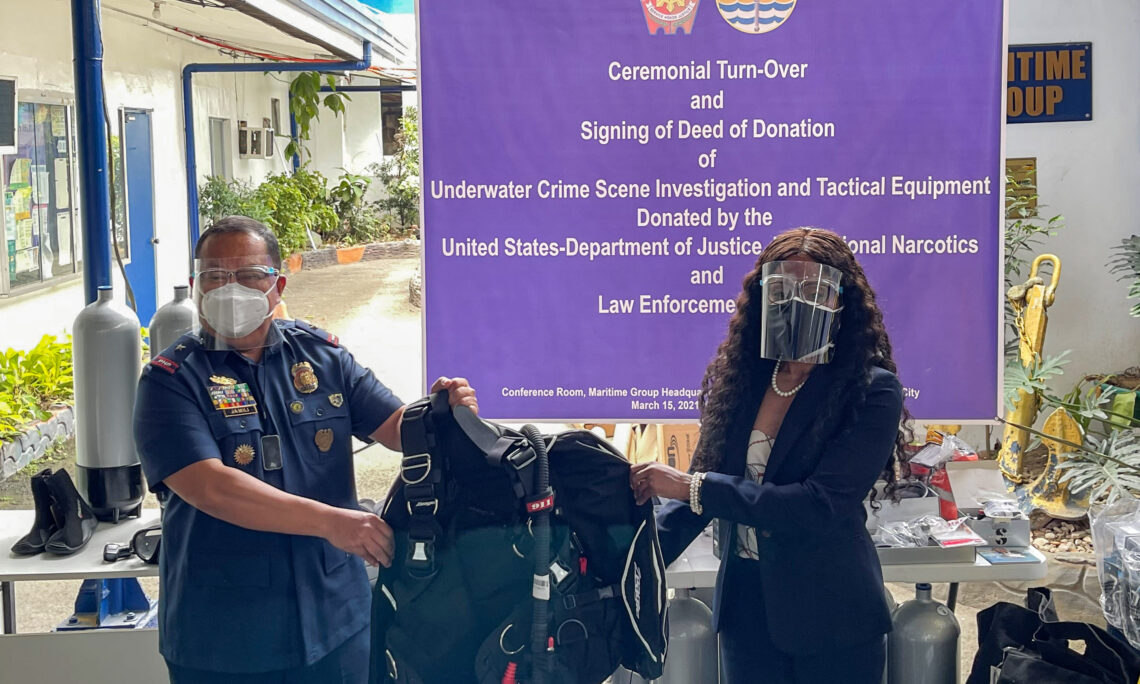 The donations support the ongoing Underwater Crime Scene Investigation program the United States has funded since 2016.  The equipment consists of 12 sets of scuba gear, underwater evidence collection items, and some related training equipment.

In his remarks, Director Jamili welcomed the continued cooperation with the United States to expand PNP-MG’s capabilities.  For her part, U.S. Embassy in the Philippines Director for International Narcotics and Law Enforcement Affairs Kelia Cummins noted this donation was the latest assistance provided over the course of a long and productive relationship between U.S. government partners and PNP-MG.