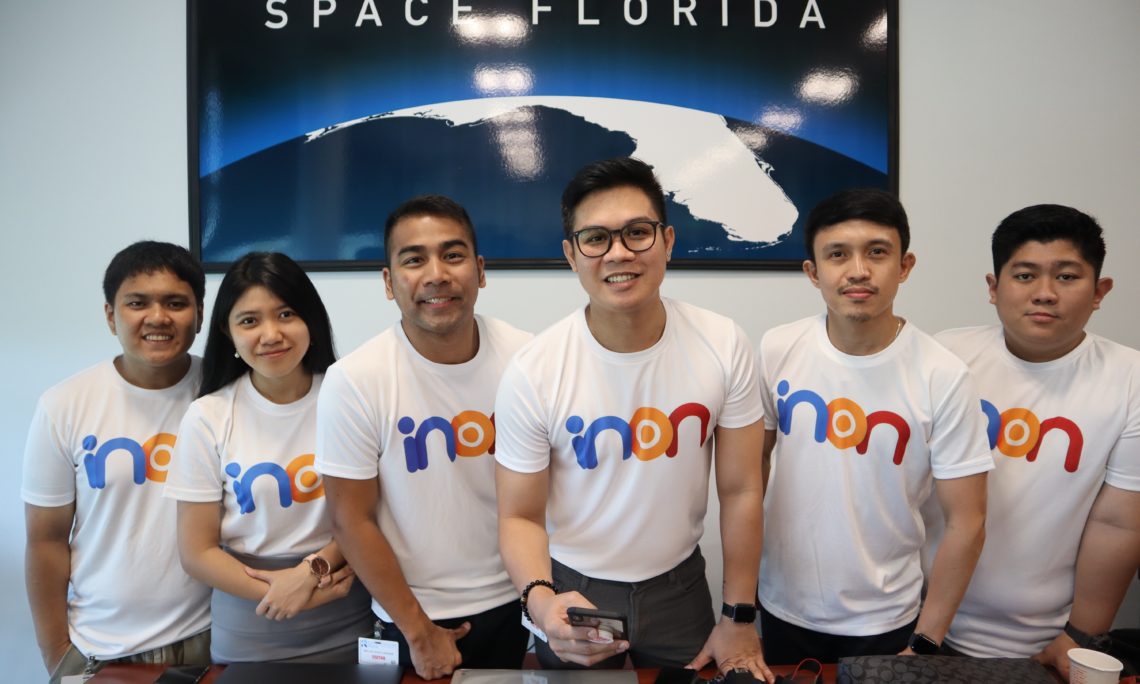 Team iNON presented ISDApp to NASA officials and other global winners at the Kennedy Space Center in Florida.

Manila, July 26, 2019 — The U.S. Embassy in the Philippines sponsored a Kennedy Space Center visit for the Filipino team that won the 2018 NASA Space Apps Challenge in the “Best Galactic Impact” category.  Team iNON visited the Kennedy Space Center in Florida from July 22 to 24, 2019 to present their app to a panel of NASA officials and media.  The team created ISDApp as a mobile platform that enables local government officials to provide fisherfolk with information about real-time weather and sea conditions.

The three-day program, which coincided with the 50th anniversary of the Apollo 11 moon landing, opened with presentations by 2018 Space Apps Challenge winners from around the world.  A tour of the Space Center followed.  While at the Kennedy Space Center, Team iNON also witnessed the July 25 launch of the SpaceX Falcon 9 CRS-18 spacecraft.

Team iNON is composed of Revbrain Martin, Marie Jeddah Legaspi, Julius Czar Torreda, Matthew Concubierta, and Migs de Guzman.  The group triumphed over 1,395 teams worldwide with the app they developed during the October 2018 NASA Space Apps Challenge, which was hosted by the U.S. Embassy in the Philippines in partnership with De La Salle University.

“The inspiration behind ISDApp came from team members Revbrain and Jeddah.  They live near the fishing communities in Obando, Bulacan and got the idea for how we could potentially help them through the use of technology,” ISDApp Solutions Designer Torreda explained.  “The NASA Space Apps Challenge helped us in the ideation of ISDApp where there’s a collaboration between idea, data, and technology.  The vision for Team iNON is to be known for connecting fishing communities to the government, NGOs, and to the rest of the country so that they will be given the information they need, and at the same time build a community.”

The Kennedy Space Center visit was a transformational experience for the team.  Upon their return, they hope to encourage more Filipinos to join the NASA Space Apps Challenge.  Revbrain Martin said, “Coming from this overwhelming and thrilling experience of our achievement in the NASA Space Apps Challenge, we hope to inspire and excite young Filipino innovators to join and share their knowledge and expertise to help transform lives through the power of technology for a better future.”