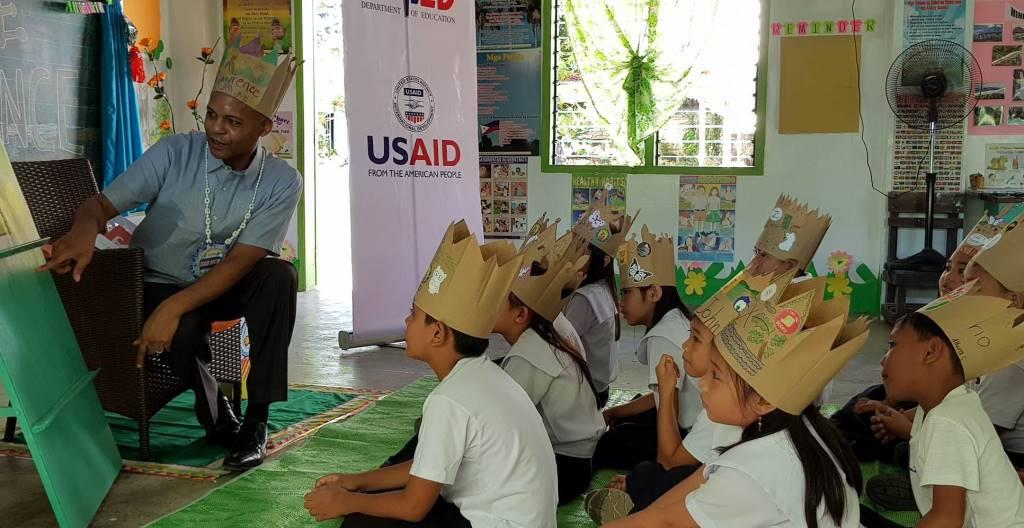 The tablets are loaded with software that will boost the quality of teaching, tools for school heads to better supervise teachers, and resources, such as videos and tip sheets, to support teachers’ professional development.  The donation is the culmination of USAID’s recent training of more than 3,000 school administrators on tablet-based teacher supervision and mentoring.

USAID Mission Director Lawrence Hardy II led the turnover ceremony at Mansasa Elementary School in Tagbilaran City, Bohol.  “The United States government is pleased to support the Department of Education in our mutual goal of improving the quality of education in the Philippines to help children gain the foundational literacy skills they need to succeed in life,” said Hardy.

This assistance is implemented in partnership with the Department of Education through Basa Pilipinas, USAID’s Php1.9 billion flagship basic education project.  Through Basa Pilipinas, USAID has strengthened the reading skills of more than 1.8 million students from kindergarten through grade three, helped train more than 19,000 teachers and school heads, and provided more than eight million copies of teacher guides, student workbooks, and other education aids.

USAID is the lead U.S. government agency that works to end global poverty and enable resilient, democratic societies to realize their potential.  In the Philippines, USAID partners with the national government to build a more stable, prosperous, and well-governed nation.  For more information, visit http://www.usaid.gov/philippines or email infoph@usaid.gov.