Home Home | News & Events | U.S. Government Provides Millions of Rounds of Ammunition to the Armed Forces of the Philippines 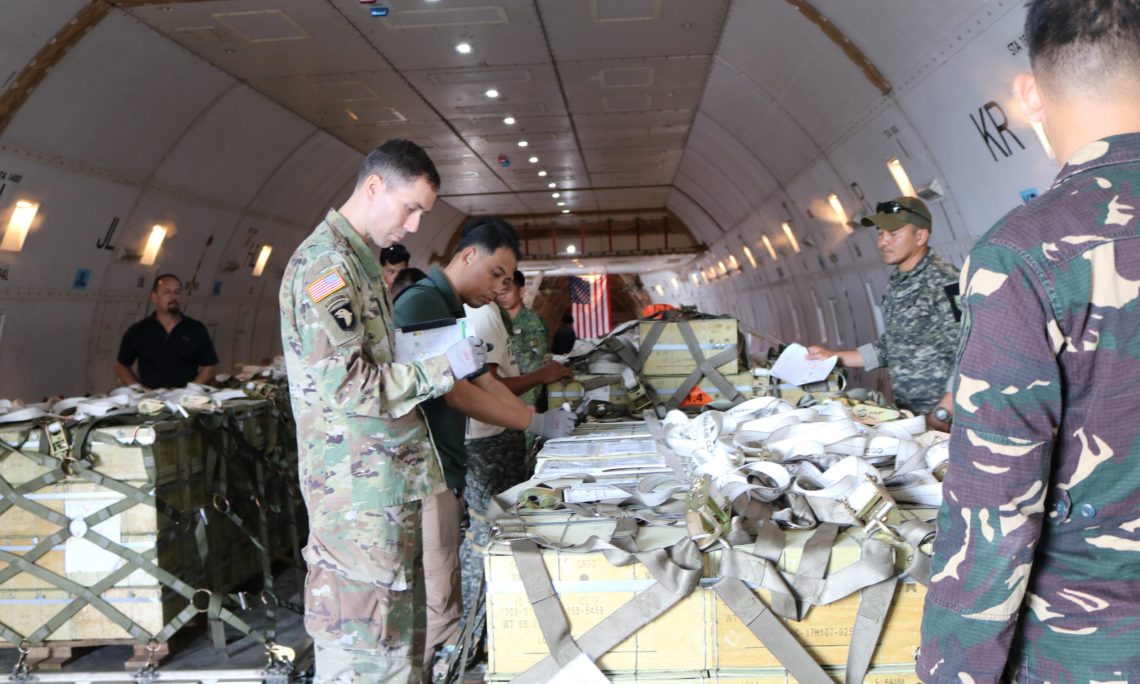 U.S. and Philippine service members inventory ammunition donated to the Armed Forces of the Philippines.

Clark Air Base, September 24, 2018 — The U.S. government provided more than 5 million rounds of ammunition worth Php117.4 million ($2.2 million) to the Armed Forces of the Philippines (AFP) for counterterrorism training.

The ammunition was funded as a grant through the U.S. Counterterrorism Train and Equip Program and will be used primarily by the Philippine Army’s Light Reaction Regiment and the AFP’s Joint Special Operations Group.

The shipments included various types of live and practice 5.56 mm and 7.62 mm rounds, 12-gauge shotgun shells, .50-caliber rounds, and stun grenades.  The ammunition was delivered to Clark Air Base in two deliveries on September 7 and 21.

In addition to the ammuntion provided through the grant, the shipment included a Philippine Air Force purchase of more than 1 million rounds of ammunition through the U.S. Foreign Military Sales program.  This brought the total to more than 6 million rounds.

The United States, as a longstanding friend, partner, and ally of the Philippines, continues to provide support to the AFP through both grant assistance and expedited sales of arms and munitions to assist both long-term AFP modernization goals as well as urgent counterterrorism and humanitarian aid and disaster relief requirements.