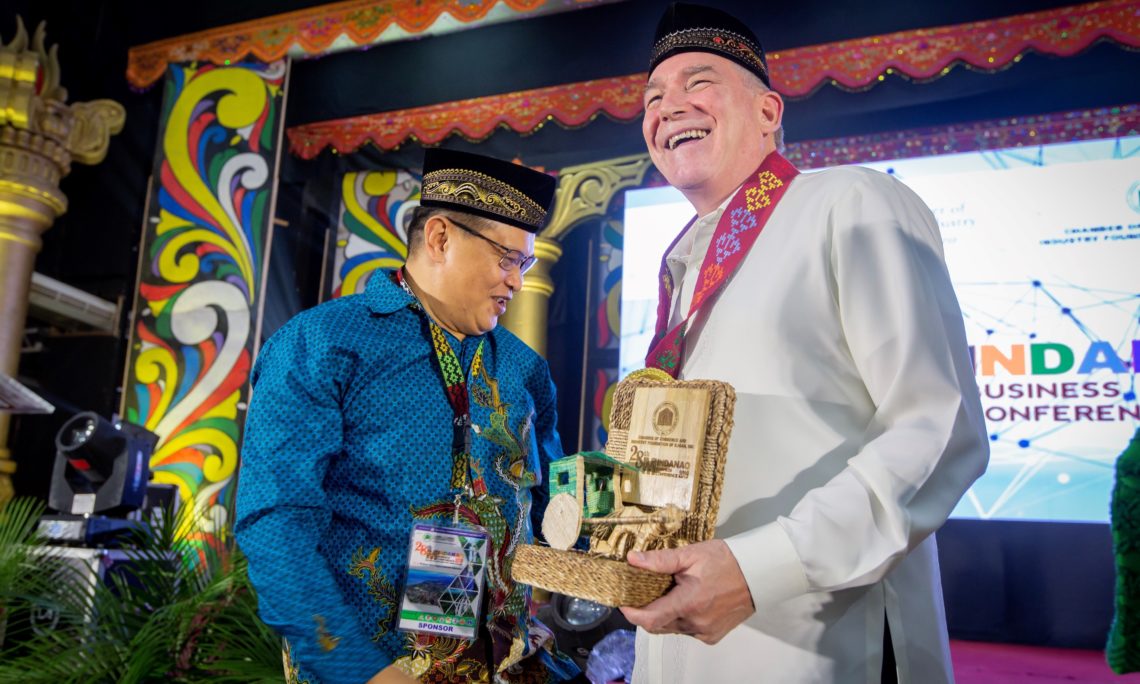 U.S. Embassy Chargé d’Affaires John C. Law addressed the U.S. government-supported 28th Mindanao Business Conference, where he underscored the long-standing partnership between the U.S. and Mindanao, led the handover ceremonies of community grants and a public market, and toured Mindanao State University Iligan Institute of Technology’s Fab Lab.  The lab was made possible through donations from multiple donors, including the U.S. Department of State.

Manila, September 16, 2019 — The U.S. government, through the United States Agency for International Development (USAID), turned over 80 transitional houses, a climate-resilient public market, and four grants that will provide infrastructure and livelihood support to communities displaced by the 2017 Marawi Siege.  The assistance is part of the U.S. government’s commitment of more than $63.6 million (Php3.4 billion) worth of humanitarian and recovery assistance to persons displaced by the siege.  U.S. Embassy Chargé d’Affaires John C. Law led the handover ceremonies of the community grants and public market.

The market, valued at more than Php4 million, is the first of four trading centers constructed by USAID to facilitate market linkages and help Marawi’s displaced population integrate into communities in Lanao Del Sur.  USAID is also providing training, equipment, and commodities to entrepreneurs previously trading in Marawi’s Most Affected Area, so that they can restart their businesses in their new communities.  To date, 1,800 Maranao people are living in transitional houses provided by the U.S. government.

“The U.S. government remains committed to improving the living, economic, and social conditions for vulnerable populations in Marawi and the surrounding areas,” said Chargé Law.

As part of his visit to the region, Chargé Law addressed the U.S. government-supported 28th Mindanao Business Conference, where he underscored the long-standing partnership between the U.S. and Mindanao.  The event drew about 1,000 Filipino businesspeople and local officials to discuss economic opportunities and policies to boost growth, as well as infrastructure, agriculture, and other key sectors in Mindanao.

Chargé Law also toured Mindanao State University (MSU)-Iligan Institute of Technology’s Fab Lab, a venue where science and technology researchers and small and medium enterprises can develop prototypes and products through access to high-tech equipment.  The lab was made possible through donations from multiple donors, including the U.S. Department of State.