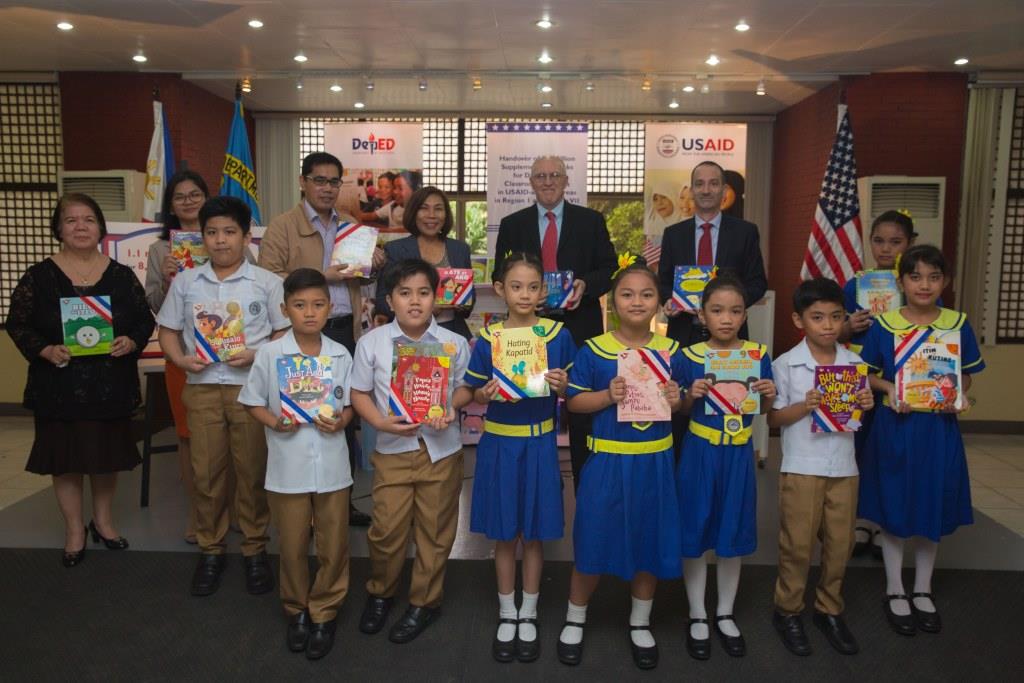 “The U.S. government continues to support the Department of Education (DepEd) in our mutual goal of improving the quality of education in the Philippines, so that boys and girls can go to school and learn skills that are foundational to their development,” said Mr. Klecheski.

The books, many of which were written and illustrated by renowned Filipino authors and artists, were provided to more than 8,100 classroom libraries in USAID-assisted schools in Regions 1 (Ilocos Region) and 7 (Central Visayas).  Through this initiative, children will have access to a wider variety of quality reading materials, helping boost their interest in reading — a key to lifelong learning and academic success.

Since 2013, USAID, through its Php1.9 billion Basa Pilipinas project, has worked with the Department of Education to implement the language and literacy component of the K-3 curriculum.  Through this partnership, USAID has strengthened the reading skills of over 1.8 million students from kindergarten to grade three, trained more than 19,000 teachers and school heads, and provided more than 8 million copies of teacher guides, storybooks, and other education aids to 3,000 public elementary schools in the Philippines.

USAID is the lead U.S. government agency that works to end global poverty and enable resilient, democratic societies to realize their potential.  In the Philippines, USAID partners with the national government to build a more stable, prosperous, and well-governed nation.  For more information, visit http://www.usaid.gov/philippines or email infoph@usaid.gov.