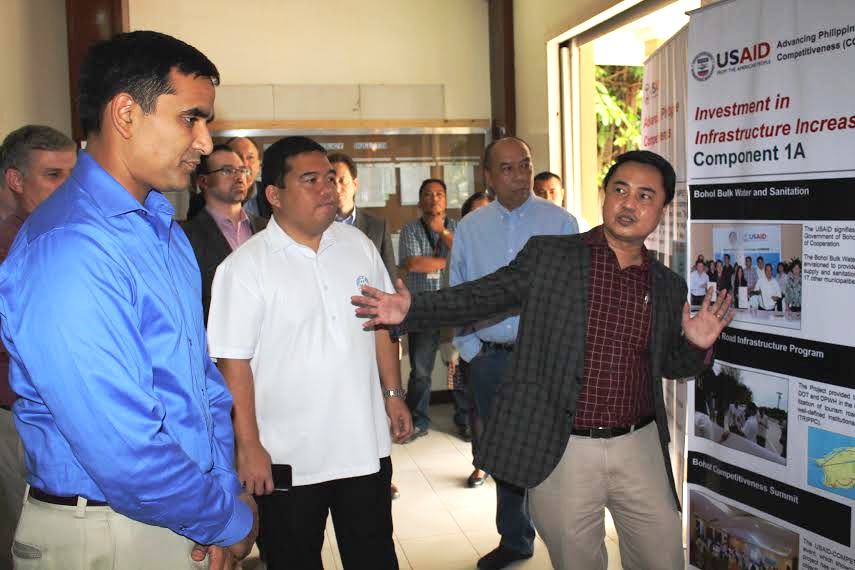 The U.S. government, through the U.S. Embassy in the Philippines’ United States Agency for International Development (USAID), has a long history of supporting Bohol province.  USAID projects in Bohol include the Ecosystems Improved for Sustainable Fisheries (ECOFISH) Project, which extends internet access to remote coastal communities, and Basa Pilipinas (Read Philippines), which focuses on raising reading skills of early grade students through improved reading instruction and access to quality reading materials.

“We are proud to be good friends with the Boholanos and we will continue to support the province to promote inclusive and resilient growth,” Director Sastry said. “We look forward to seeing Tagbilaran City reach its potential as an engine of economic growth in the province of Bohol, and for the rest of the Philippines.”

The United States Agency for International Development is the lead U.S. government agency that works to end extreme global poverty and enable resilient, democratic societies to realize their potential. In the Philippines, USAID partners with the national government to create a more stable, prosperous and well-governed nation. For more information, visit http://www.usaid.gov/philippines or email infoph@usaid.gov.