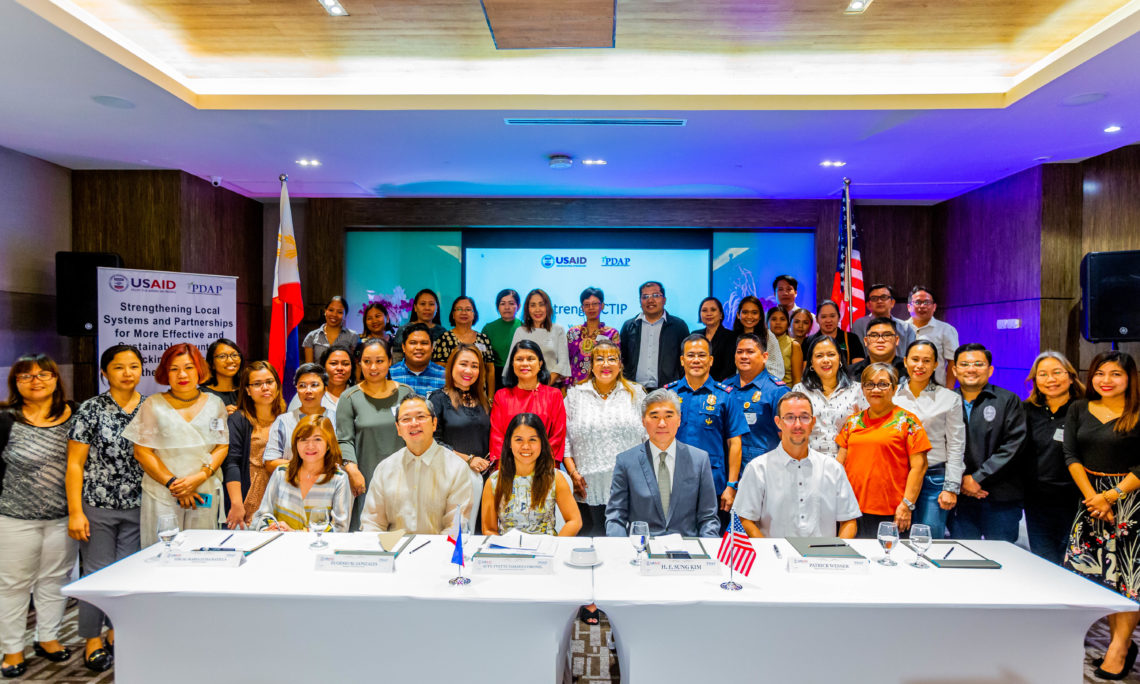 This project complements ongoing U.S. assistance against human trafficking, such as the Child Protection Compact and the Program to End Modern Slavery.   Together, these three programs represent a more than Php510 million U.S. government commitment to anti-human trafficking efforts in the Philippines.

At the project launch, U.S. Ambassador to the Philippines Sung Kim stressed that, “Men, women, and children continue to fall prey to traffickers and illegal recruiters all over the world.  Through our programs, we partner with our friends and allies to strengthen social safety nets and the rule of law, as well as expand citizens’ education and employment opportunities.”

Ambassador Kim also lauded the Philippine government for its strong commitment to addressing trafficking in persons, as well as local civil society organizations for working together to fight human slavery in the country.

In the 2019 U.S. Department of State Trafficking in Persons Report, the Philippines maintained its Tier 1 ranking for the fourth consecutive year, meaning that the Philippine government continues to fully meet minimum standards for the elimination of human trafficking.