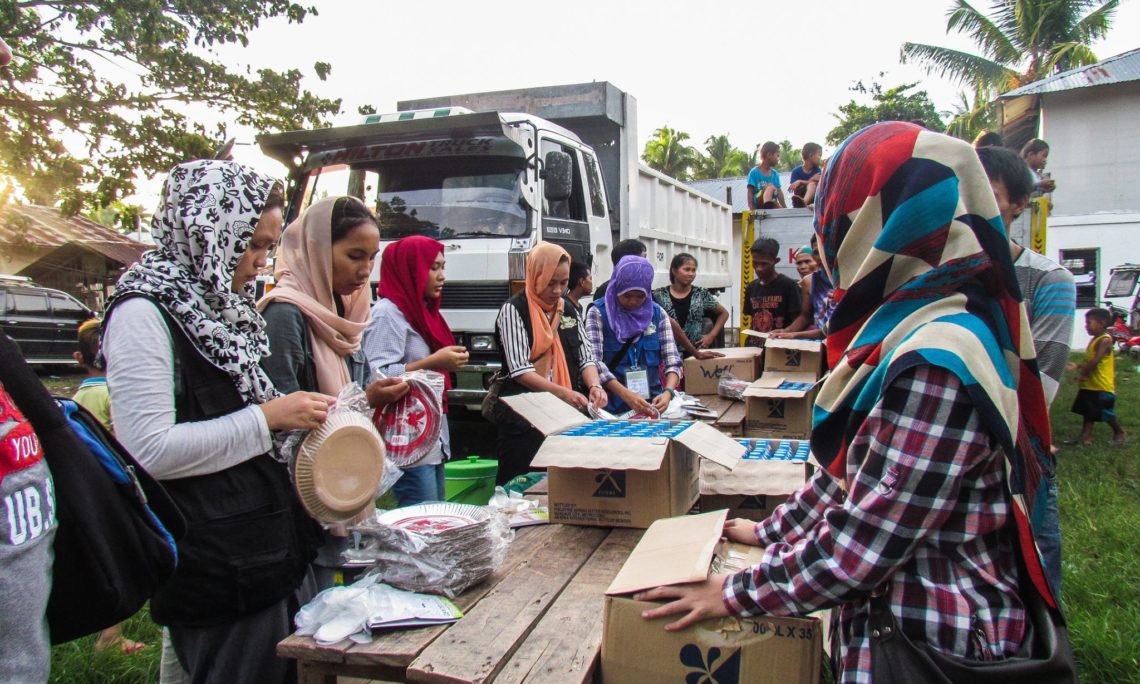 Manila, February 1, 2018 — As part of its continuing response to the Marawi crisis, the U.S. Embassy in the Philippines has launched the Php18.5 million #ForMindanao campaign supporting 37 projects throughout Mindanao led by Philippine alumni of U.S. government-sponsored exchanges, many of whom have already played a crucial role in responding to humanitarian needs in Marawi and surrounding areas.  These projects will address educational enrichment, economic development, and the psycho-social effects of conflict, among other pressing needs in the region.  The year-long #ForMindanao campaign will impact an estimated 13,500 people, focusing especially on out-of-school youth, university students, madrasa students, and women in Mindanao.

Since 1948, the U.S. government has sponsored people-to-people exchanges that have built the leadership and professional capacities of more than 8,000 Filipinos from across the nation.  Upon their return, many U.S. exchange alumni collaborate with their fellow alumni and with the U.S. Embassy to strengthen the bilateral relations between the United States and the Philippines.  Their immediate response to the Marawi crisis and their engagement in the U.S. Embassy’s #ForMindanao campaign  exemplifies the commitment of U.S. exchange alumni to work together to advance the prosperity of all Filipinos.

U.S. exchange alumni complemented their humanitarian efforts with psycho-social activities to support more than 7,500 IDPs affected by the crisis.  The Lanao del Sur Provincial Government awarded the U.S. alumni chapter in Marawi City for the success of their #MaraWe art therapy program that helped 817 IDP children in the city.

The U.S. Embassy’s #ForMindanao campaign builds upon these earlier programs by providing U.S. exchange alumni with ongoing opportunities to contribute to the recovery to the Marawi Crisis and the overall development of Mindanao.  In November 2017, the U.S. Embassy awarded more than Php9.7 million to support 17 community-based projects led by U.S. exchange alumni, including agro-enterprise development; a roving toy library for IDP children; and Project YACAP (Youth Amplifying, Co-creating, and Advocating Peace), a youth-led peace advocacy initiative.

“Project YACAP was inspired by our experiences as volunteers in the evacuation centers and by our friends who have been affected by the siege.  The project will bring youth into the conversation on peace and security in Mindanao,” according to project leader Lynrose Genon, an alumna of the Philippine Youth Leadership Program, a month-long high school student exchange in the United States.

In the next phase of the #ForMindanao campaign, public school and madrasa teachers, as well as women’s cooperative leaders who have participated in U.S.-government training programs, can apply for fifteen Php100,000 #ForMindanao grants to help their schools and communities respond to local needs.  Additionally, the U.S. Embassy will support four alumni-led projects of Php1 million each, addressing the root causes of conflict and violent extremism.  The grant competition is administered by Naawan HELPS, a U.S. exchange alumni-led civil society organization based in northern Mindanao.

These alumni-led projects are just one part of the U.S. government’s response to the Marawi crisis.  To date, the U.S. government has announced over Php1 billion for recovery and rehabilitation of Marawi and surrounding areas through the U.S. Agency for International Development (USAID).  The U.S. government also funds extensive counter-terrorism, law enforcement, development, health, and countering violent extremism programs across Mindanao.