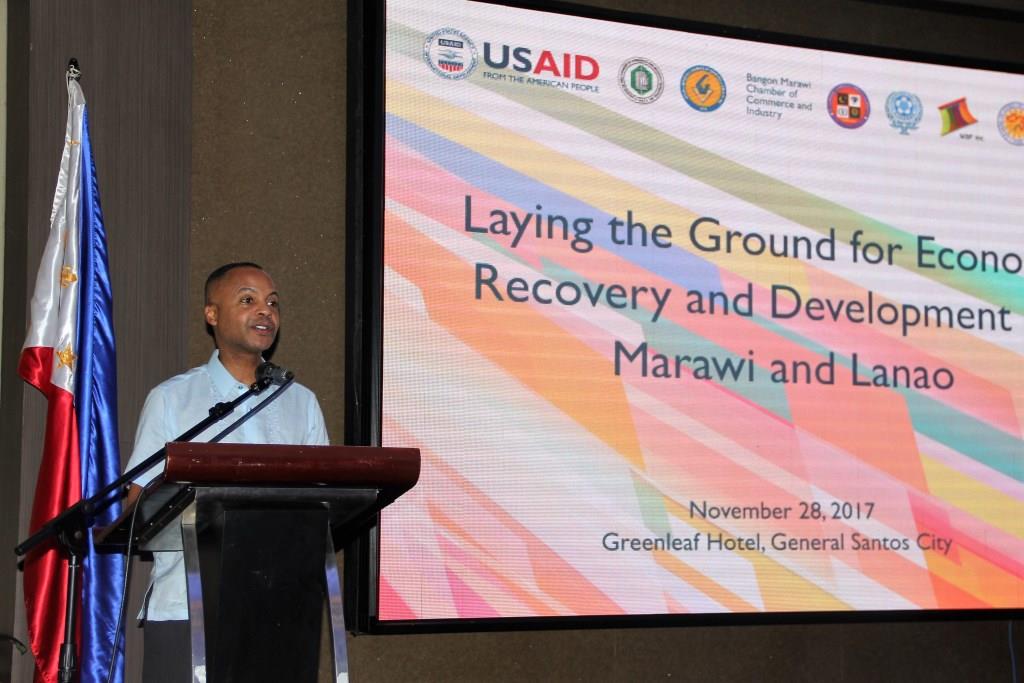 The forum was organized in partnership with the business chambers of Cagayan de Oro, General Santos, South Cotabato, and Marawi; the Muslim Business Forum; the League of Cities of the Philippines; and the Philippine Chamber of Commerce and Industry.  Participants discussed development prospects and challenges, as well as business opportunities, in Marawi City and Lanao del Sur, with the objective of organizing a private sector response to support the restoration of the local economy.

“The local business community should be the leaders in investing in and advancing sustainable economic development,” said USAID Mission Director Lawrence Hardy II, who attended the forum.  “The U.S. government remains a committed partner with the Philippine government and the private sector in achieving inclusive economic prosperity in Marawi City and the entire province of Lanao del Sur,” he added.

USAID’s Strengthening Urban Resilience for Growth with Equity (SURGE) project spearheaded the coordination of the forum.  Through the more than Php2.4 billion SURGE project, USAID has been helping cities in the Philippines plan effectively, attract investments, and promote competition for more sustainable and inclusive growth.

In addition to the business forum, the U.S. government, through USAID, has been a key partner with the Philippine government in the early recovery, stabilization, and rehabilitation of Marawi City.  On September 5, the U.S. government announced a commitment of nearly Php750 million in emergency relief and recovery assistance to support communities affected by the conflict in Marawi City, Lanao del Sur, and the surrounding areas.