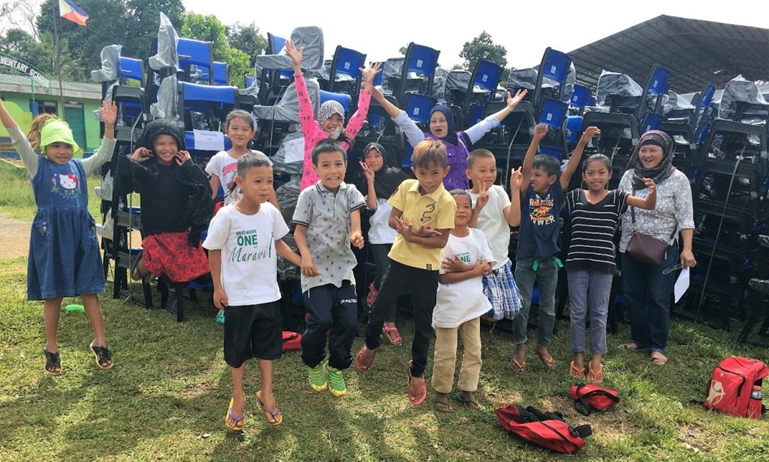 Saguiaran, Lanao del Sur ,October 4, 2017— The U.S. Embassy in the Philippines’ United States Agency for International Development (USAID), in partnership with the Department of Education, delivered its first batch of tablet arm chairs to schools in Mindanao, where displaced Marawi students are currently enrolled.

On September 5, the U.S. government announced its commitment of approximately Php730 million in emergency relief and recovery assistance to support communities affected by the ongoing conflict in Marawi City, Lanao del Sur, and the surrounding areas.  The U.S. government continues to coordinate with the Philippine government and humanitarian organizations to deliver critical relief supplies, and will help fortify Marawi’s longer-term stabilization and rehabilitation.

The United States Agency for International Development is the lead U.S. government agency that works to end extreme global poverty and enable resilient, democratic societies to realize their potential.  In the Philippines, USAID partners with the national government to create a more stable, prosperous, and well-governed nation. For more information, visit http://www.usaid.gov/philippines or email infoph@usaid.gov.