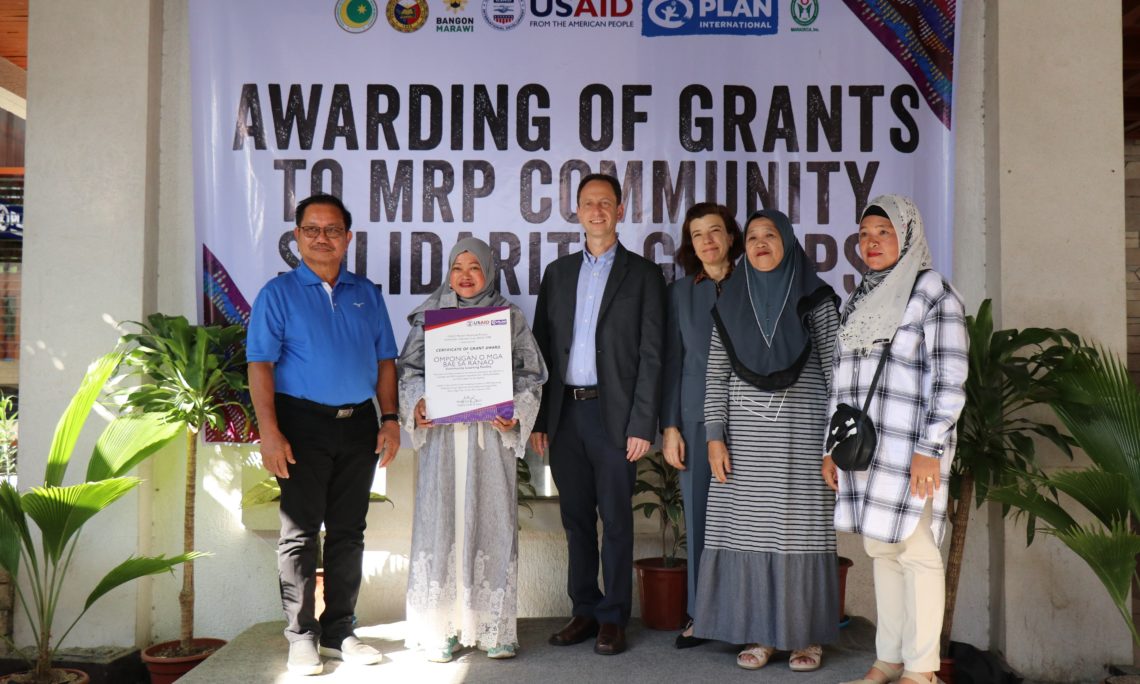 Each micro-grant is valued at Php260,000 ($5,000) and will support community learning facilities, including training spaces and daycare centers.

“The U.S. government, in partnership with the Philippine government, is committed to supporting Lanao communities in their journey to recovery,” said Lehrer in his message to grant recipients.  Representatives of Task Force Bangon Marawi, Lanao Del Sur provincial government, and city governments of Marawi and Iligan joined the event.

Ms. Nikki Macaraub, a beneficiary of the Marawi Response Project, worked with others in her community to set up a learning center for livelihood opportunities.  “Now that we have a facility for teaching sewing and dressmaking, we can help more displaced women like me restart businesses to support our families to rebuild our lives,” said Macaraub.

To date, the United States, through USAID, has committed more than Php3.4 billion ($63.6 million) for humanitarian and recovery work in and around Marawi.