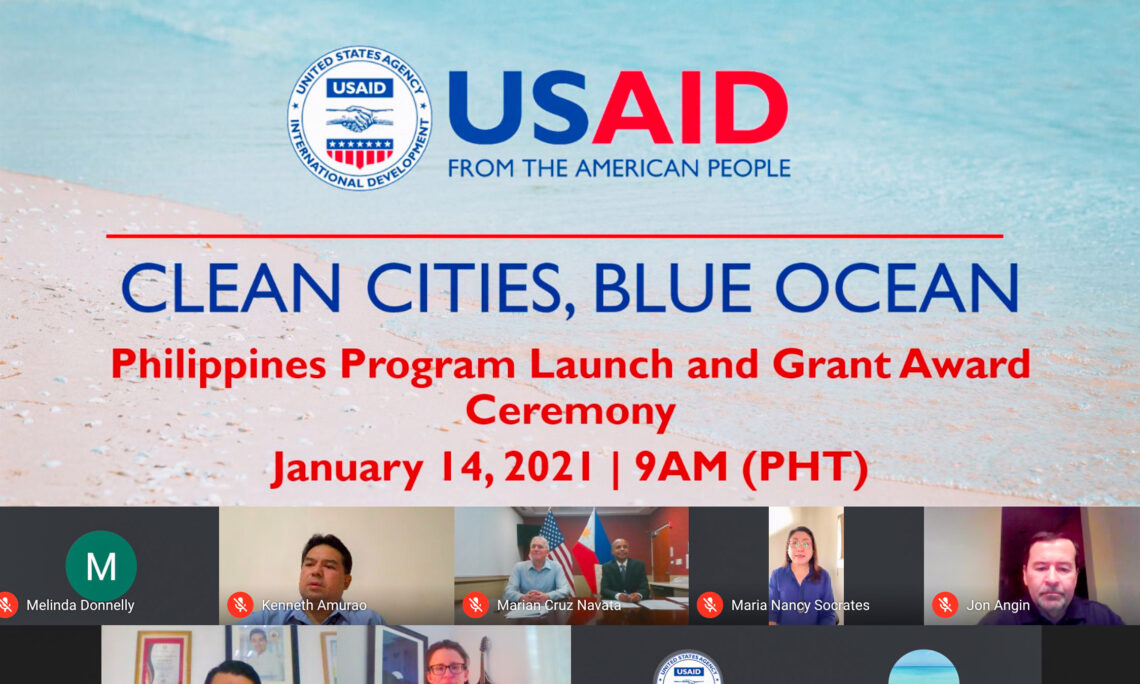 A staggering 2.7 million tons of plastic are generated in the Philippines each year, 20 percent of which is estimated to end up in the ocean, according to a 2015 McKinsey and Company study.  Through these grants, USAID will partner with local and international organizations to test new models to increase recycling rates, reduce landfill waste and leakage into nearby waters, and improve community livelihoods to help build sustainable waste systems.

“The United States is a committed ally and partner of the Filipino people in protecting the country’s rich marine ecosystems and resources for the benefit of present and future generations,” said U.S. Embassy Chargé d’Affaires John Law.

The first wave of grants will pilot solutions to stop the flow of plastic pollution to the waters within and surrounding the Philippines.  Program grantees are:

“We look forward to a lasting partnership with USAID toward achieving sustainable goals that highlight the health and welfare of the environment and local citizens,” said Parañaque City Mayor Edwin Olivarez.

The USAID CCBO program is working in several countries around the world, and in late 2019 launched its effort in the Philippines, where it aims to support the national government in advancing solid waste management.  CCBO is currently operating at three engagement sites around the country to implement and test scalable waste and recycling solutions.