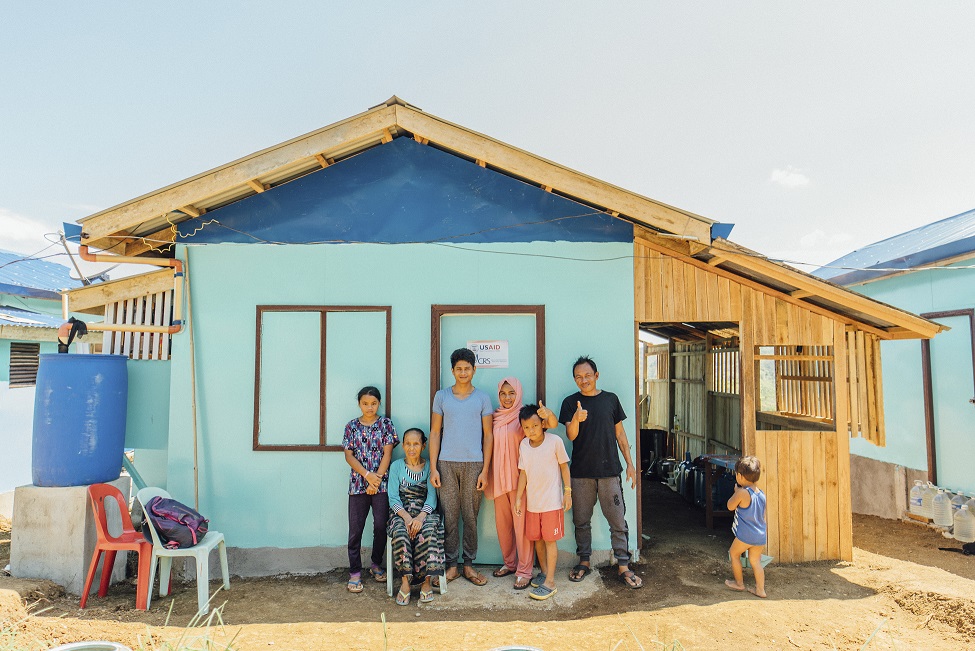 Jalilah and her family are among more than 30,000 Marawi residents who have benefitted from temporary shelters provided by the U.S. government.  An added Php234 million in U.S. government funding will provide shelter assistance to 2,600 additional individuals.  (Photo credit: Tiffany Tsang, Catholic Relief Services)

Manila, July 18, 2019 —The U.S. government is providing an additional Php234 million ($4.5 million) in humanitarian assistance to bolster relief and recovery efforts for individuals affected by the Marawi conflict.

This new contribution to the Marawi humanitarian response brings the U.S. government’s total commitment to Marawi recovery to more than Php3.4 billion ($63.6 million).  The additional funding from the U.S. Agency for International Development (USAID) will help approximately 50,000 internally displaced persons in Marawi and 9,000 in Maguindanao.

“The U.S. government remains committed to supporting the Philippine government in helping restore normalcy in the lives of the Filipinos affected by the Marawi conflict,” said U.S. Ambassador Sung Kim.  “This new assistance reflects the strong bond between the U.S. and the Philippines as friends, partners, and allies.”

The new U.S. government resources will provide 2,600 individuals with emergency shelter assistance, in addition to the nearly 33,000 individuals who have previously benefitted.  USAID will deepen its existing efforts within Marawi City and Lanao del Sur province to expand water and sanitation services and enhance safe spaces to protect women and children from exploitation and violence.  The new funds will augment ongoing U.S. government support to the Philippine government in providing life-saving aid and improving economic and social conditions for vulnerable populations.

Since the early stages of the conflict, the U.S. government has worked to improve conditions in evacuation centers and host communities while providing essential maternal, newborn, and child health supplies, as well as related training for affected populations.  In recent months, the U.S. government has provided livelihood support to nearly 7,500 displaced households, daily water delivery to more than 6,000 internally displaced persons, and hygiene kits and education for more than 30,000 people.