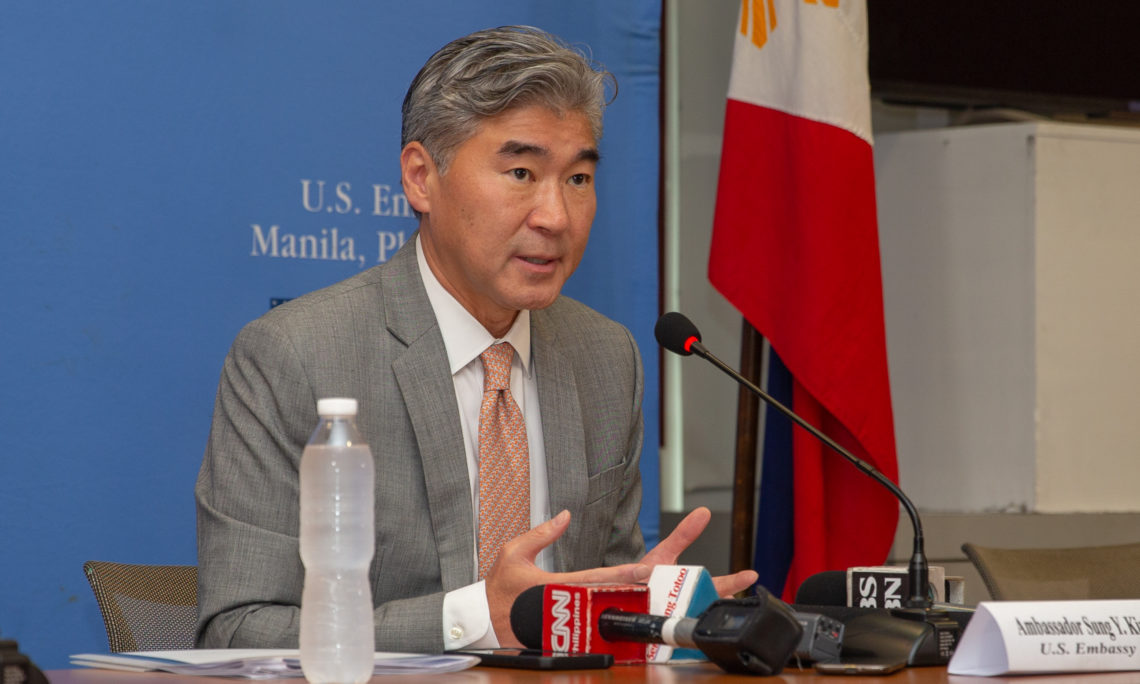 Manila, May 4, 2018 — The U.S. government, through the United States Agency for International Development (USAID), announced an additional Php182 million ($3.5 million) to support ongoing humanitarian relief in Marawi.  This brings the total U.S. government contribution to the Marawi response to nearly 1.4 billion pesos ($26.4 million).

The new assistance will enable USAID to partner with the Philippine government and humanitarian organizations to build transitional shelters for 58,000 internally displaced persons.  USAID will also coordinate with national and local government partners to expand protection services for women and children, help jumpstart the local economy through income-generating activities, and repair water and sanitation facilities.

At a press conference, U.S. Ambassador Sung Y. Kim noted, “This is obviously very important work and we hope to do more in the coming years.”  He added that this demonstrates “the deep ties and unbreakable bond between the United States and the Philippines as friends, partners, and allies.”

The U.S. government, through USAID, has been a key partner to the Philippine government in the recovery, stabilization, and rehabilitation of Marawi City and its surrounding areas.  Since the early stages of the conflict, USAID has worked to improve conditions in evacuation centers and host communities, while providing essential maternal, newborn, and child health supplies and services for affected populations.  In recent months, USAID programs have improved shelter conditions for those living in evacuation centers and with host families.

USAID has also partnered with the World Food Programme to deliver 1.8 million kilograms of rice — enough to feed 45,000 people for four months — to families displaced by the conflict.

Additionally, USAID is building on its extensive experience working with the Philippine government to advance development and peace in Mindanao.  To help reduce the risk of further conflict, USAID is ramping up efforts to help vulnerable young people attain livelihoods and to promote positive engagement among communities.