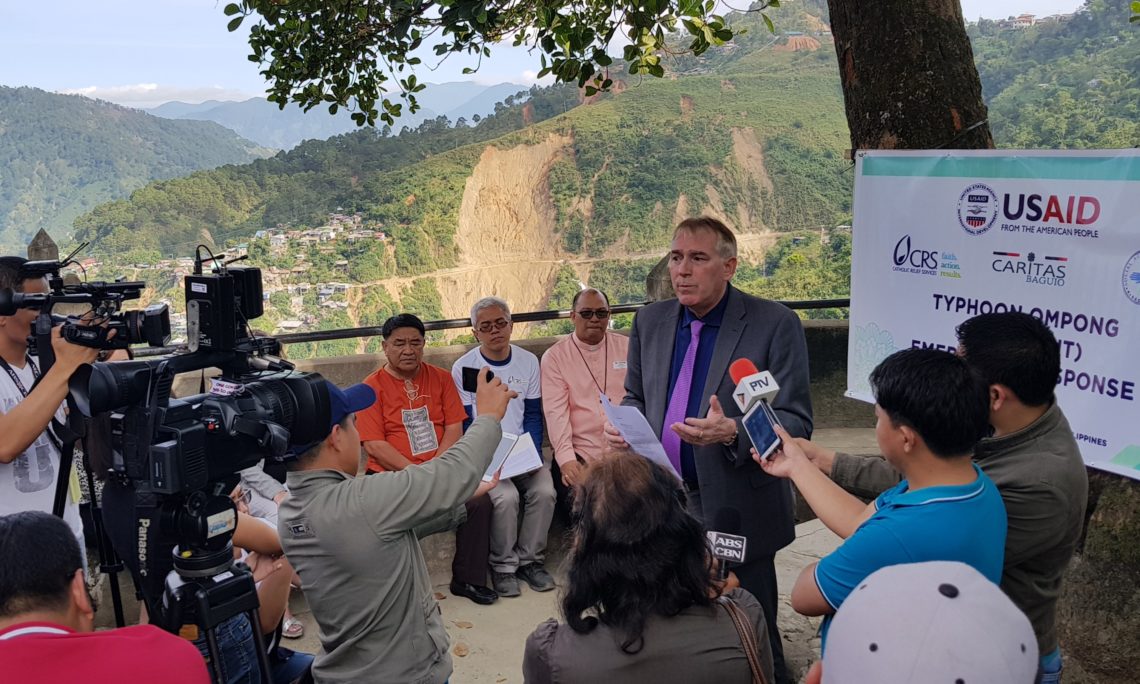 The U.S. Embassy’s Deputy Chief of Mission John C. Law addresses media representatives, partners, and landslide-affected families in Itogon, Benguet.  The U.S. government, through the United States Agency for International Development, is providing Php37.3 million in new assistance for families that lost their homes and livelihoods during Typhoon Ompong in Benguet and Cagayan provinces

The assistance is through the United States Agency for International Development (USAID), the lead U.S. government agency for international development and disaster assistance.  Funding will provide six months of emergency home rental assistance for 375 families in Benguet province displaced by landslides, implemented in partnership with Catholic Relief Services.  The assistance will also purchase seeds for 1,400 small-scale farmers in Cagayan province to help them plant new crops, in partnership with World Vision.  The assistance aims to ensure that displaced families have safe shelters and help farmers regain their livelihoods.

At a meeting with landslide-affected families in Itogon today, the U.S. Embassy to the Philippines Deputy Chief of Mission (DCM) John Law said, “The U.S. government is honored to provide shelter, to support the reestablishment of livelihoods, and to walk alongside those in need on their road to recovery.”

The U.S. government has been a key partner of the Philippine government in preparing for and responding to disasters.  In the immediate aftermath of Typhoon Ompong, the U.S. government provided essential hygiene supplies for 5,500 people who lost their homes and livelihoods in Cagayan province and transported 1,000 metric tons of food to disaster-affected families, through a partnership between USAID, the Department of Social Welfare and Development, and the United Nations World Food Programme.