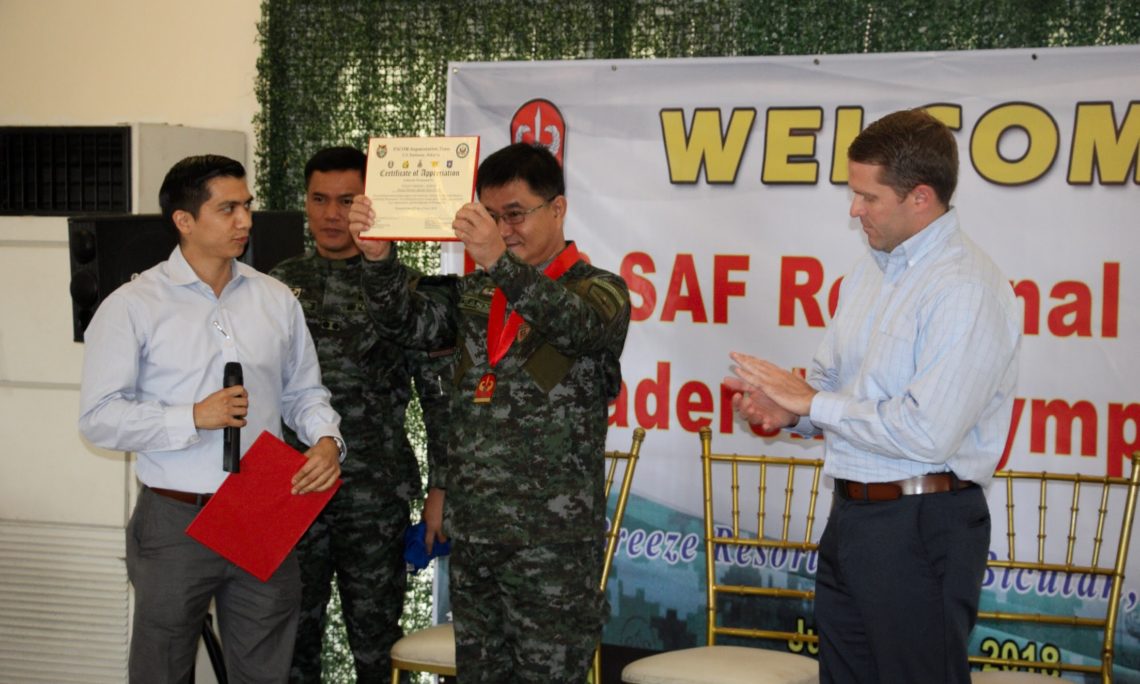 During a recent PNP-SAF leadership symposium on countering violent extremism, Superintendent Ebra Moxsir, PNP Chaplain and President of the Imam Council of the Philippines, shares his insights on the Marawi siege and how violent extremists manipulated religion during the conflict.

Manila, July 12, 2018 — The Philippine National Police Special Action Force (PNP-SAF) held a Regional Student Leadership Symposium focused on countering violent extremism on June 23 and 24 in Manila.  The U.S. Embassy in the Philippines has supported the program since 2015; U.S. Army Capt. Robert Barnes and Sgt. Luke Wernette of the Embassy’s Military Information Support Team help manage the program and assisted the PNP-SAF in planning the symposium.

“The PNP-SAF’s engagement with communities and universities on counter radicalization has been instrumental to the Republic of the Philippines’ whole-of-nation approach to countering violent extremism,” said Barnes.

The symposium drew diverse participants from around the region, including university students from across western Mindanao, senior research faculty from the University of Indonesia, students from the University of Tun Abdul Razak in Malaysia, representatives from the Philippines Bureau of Jail Management and Penology, the president of the Imam Council of the Philippines, the Deputy Director of the PNP-SAF Police Chief Superintendent Dennis Basgni, retired Police Commissioner Felizardo Serapio Jr., and the PNP-SAF’s 1st and 5th Special Action Battalions (1SAB and 5SAB), who arranged the symposium.

“The connection and level of trust established by the 1st and 5th Special Action Battalions with the youth of their communities has been eye opening and should serve as an effective model for the local implementation of counter-terrorism programs,” said Barnes.

Notable speakers and presentations during the event included:

Since 2015, the PNP-SAF has engaged universities and vulnerable communities in a “whole-of-nation” approach to countering violent extremism.  The program has mobilized approximately 3,000 Filipino students in the fight against extremism since 2015, and is poised to continue expanding its efforts across Mindanao.