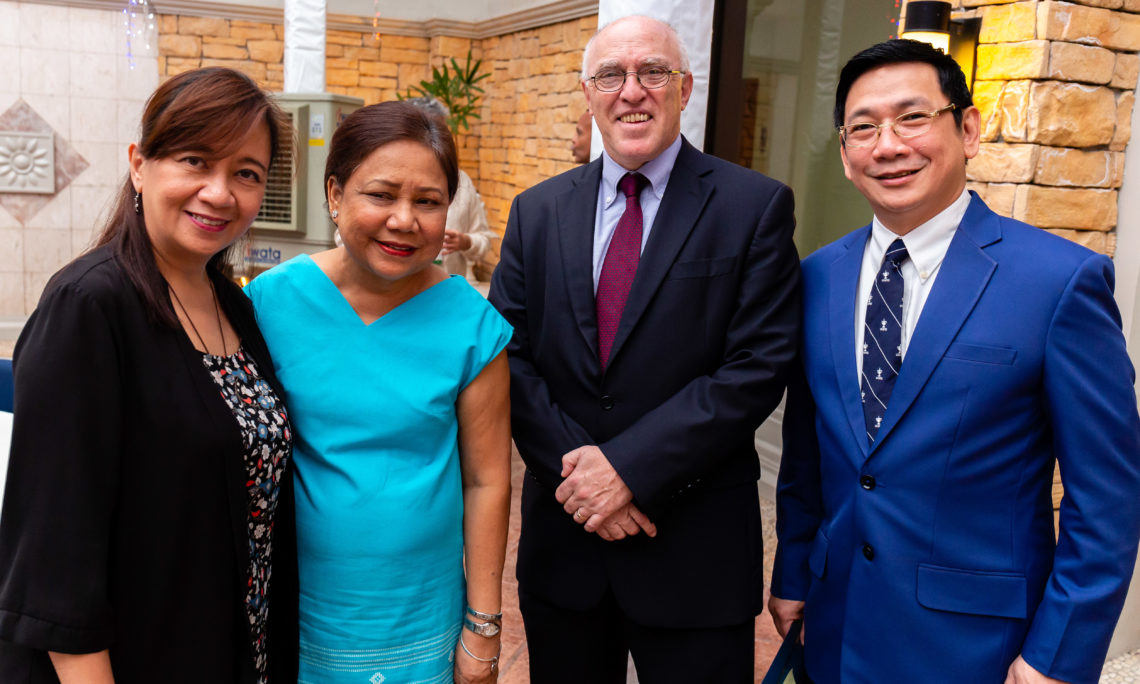 Manila, June 11, 2018 — On June 8, Deputy Chief of Mission Michael Klecheski recognized 14 public officials from the Philippine National Bureau of Investigation (NBI) and Department of Environmental and National Resources – Biodiversity Management Bureau (DENR-BMB), as well as officials from the Bureau of Customs, Philippine Coast Guard, Philippine National Police – Maritime Group, and Palawan Council for Sustainable Development, for their outstanding efforts to combat wildlife trafficking.  Philippine and U.S. law enforcement agents worked together to identify, investigate, and disrupt several illegal trafficking operations in rare plant life and reptiles native to the Philippines, resulting in arrests in both the United States and the Philippines.  The joint operations, which involved multiple seizures of illegal wildlife specimens, are a testament to the excellent collaboration between U.S. and Philippine law enforcement agencies.

Wildlife trafficking is a violation of the United States’ and the Philippines’ domestic laws, as well as the widely-ratified Convention on International Trade in Endangered Species of Fauna and Flora (CITES) to which both the United States and the Philippines are parties.  Such trafficking not only pushes endangered species to the brink of extinction, but also threatens fragile ecosystems, undermines the rule of law, generates massive revenues for organized criminal networks, increases risks of disease through unregulated trade of plants and animals across borders, and deprives local communities of access to and use of their natural resources.  The United States thanks Philippine officials for their efforts and looks forward to further law enforcement collaboration to combat this global crime.