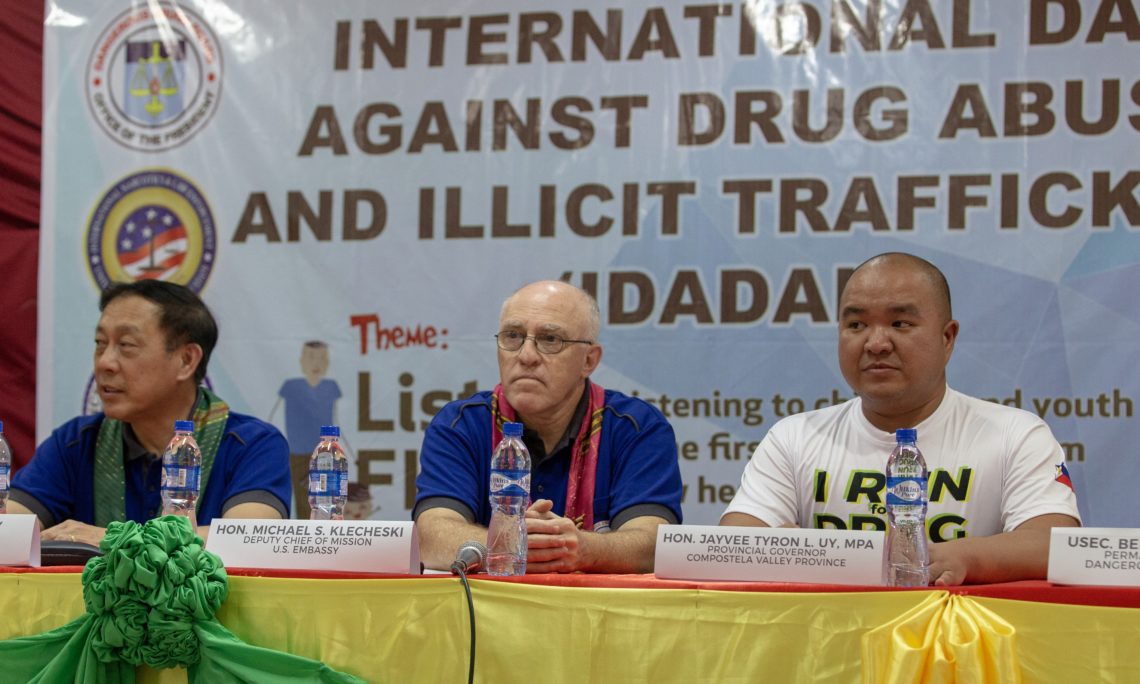 DCM Klecheski, who traveled with Dangerous Drugs Board (DDB) Secretary Catalino Cuy, gave remarks during the Philippines’ celebration of the International Day Against Drug Abuse and Illicit Trafficking, also known as UN Drug Abuse Day.  The event was organized by the Dangerous Drugs Board and hosted by the Provincial Government of Compostela Valley under the leadership of Governor Tyron Uy.  The U.S. Embassy’s International Narcotics and Law Enforcement Affairs program helped sponsor the event, which mobilized approximately 6,000 participants from government units, nongovernment agencies, civic organizations, and faith-based groups, as well as private citizens from across Region XI.

UN Drug Abuse Day is celebrated annually on June 26 by UN member states as an expression of the global commitment to work towards an international society free of drug abuse.  This year’s theme, “LISTEN FIRST: Listening to children and youth is the first step to help them grow healthy and safe,” complements the U.S. Embassy’s ongoing efforts to support prevention awareness and promote the role of youth in combatting substance abuse in the Philippines.

Learn more about the Bureau of International Narcotics and Law Enforcement and its global Drug Demand Reduction programs at www.state.gov/j/inl.